Another 7 inch compilation. You know I'm not a fan of these things, right? In this internet day and age, do we still need 7 inch comps to introduce us to new bands? I don't really think so, but still, this New England hardcore comp opened my eyes to a couple of bands...and I live in New England, so I guess it did it's job. 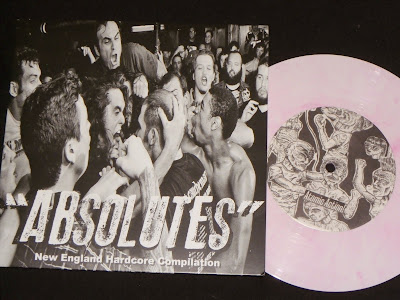 The biggest selling point for me on this comp was Sweet Jesus. They are one of Pat Flynn's many bands...the guitarist also plays in Dropdead, which makes for an interesting combination. Sweet Jesus, however, play in a style that in a similar vein as Swiz, so yeah, it is pretty fucking cool. 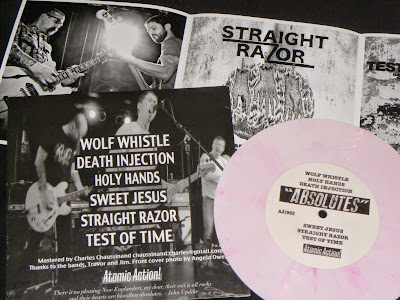 Death Injection deliver again with some angry Straight Edge Hardcore, but Straight Razor brought a nice surprise. They are another Brendan Radigan (Rival Mob/Magic Circle/Stone Dagger/Battle Ruins) band, and they deliver some solid Hardcore. While I'm not a big fan of Test Of Time, the song here isn't too bad...on the other hand, I have no issue skipping the Holy Hands track every time through. 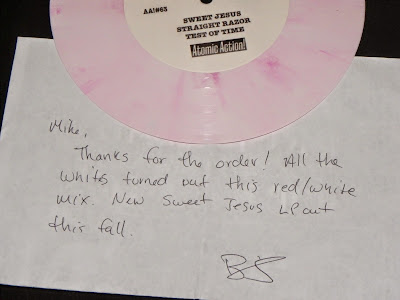 There were 100 pressed on white vinyl, but according to the note from the label, they came out as pink instead. That's cool. I'll take pink over white vinyl any day.

I remember you made me download the Sweet Jesus demo once. It's good stuff. I'd be very interested in the album when it drops. Since you're more likely to find out about it before me, let me know when it's available.