I received an email from Bad Omen Records a month or so ago, announcing a couple of their new releases. Bad Omen released the Asomvel LP at the end of 2013, and it ended up being one of my favorite new records that I've heard this year. Given that strong release, I figured that I'd see what else Bad Omen had to offer. 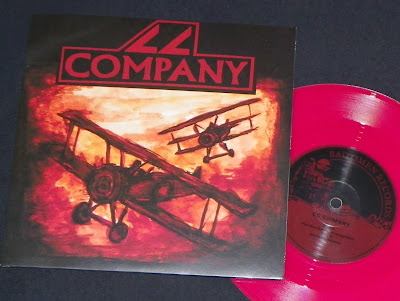 The first record that the label was promoting was a new 7 inch from a band called CC Company. Given the name of the band, I was tempted to just skip over them...but then I noticed that a couple of the dudes from Enforcer are in the band, and that changed my interest level damn quick. Enforcer were close to taking the top spot as my favorite Metal album last year, so CC Company held lots of promise. I checked out the preview song for World Domination, and was immediately hooked and quickly placed an order. 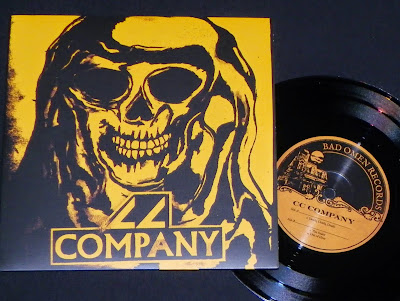 From the preview of the new Red Baron 7 inch, I liked what I'd heard so much, that I didn't hesitate to buy their first record as well. I was bummed that the colored vinyl was sold out for this one, and I had to settle for black.

While Enforcer goes for that mid-80's speed metal sound, CC Company draw their influence more from the New Wave Of British Heavy Metal. Much like the Asomvel album from Bad Omen, I can not stop listening to these two CC Company 7 inches. 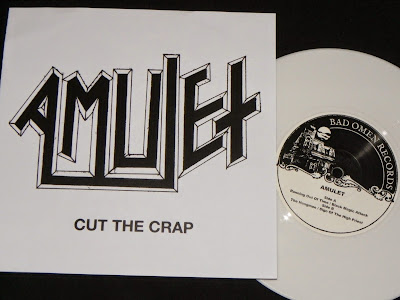 The second new 7 inch that Bad Omen was set to release was from Amulet. Oh hell, yes! Chalk up another win for the label! This four song 7 inch is a vinyl pressing of the band's demo, set to get the Metal crowd primed for their new album that should be released later this month. Man, this is classic Metal...shit that I grew up on 30 years ago, and shit that I can't get enough of these days. 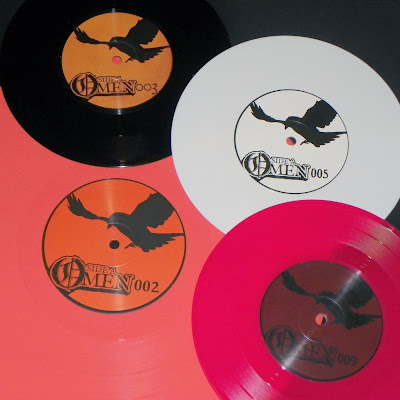 I love the continuity with the A-side labels for Bad Omen records. It makes me kind of want to buy some of their other releases to help complete this picture.