Since signing up with an instagram account, I've noticed that occasionally people would post pictures tagged as #wcw. Because I'm old, I had to do a google search to find out what it meant. Well, with this new found knowledge, I figured that I'd post up my own Woman Crush Wednesday here on the blog. 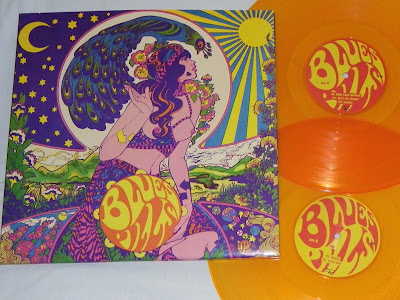 While I've always preferred my musical tastes to be aggressive and filled with testosterone, I seem to have mellowed with age. Blood Ceremony, The Oath, and Purson have all found steady rotation in my playlist, and I'll even throw in the occasional spin of The Devil's Blood. While I really dig all of those bands, when I first heard of Blues Pills, I kind of rolled my eyes and blew them off. Really...I'm not interested in another female fronted rock band. 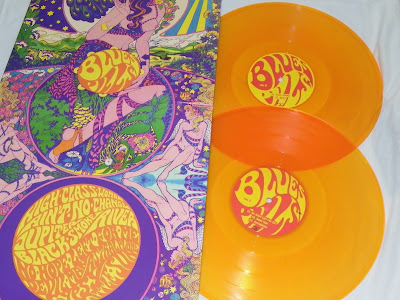 Since 2012, Blues Pills have released a 7 inch, and three 10 inch records...the last one being live. I'd ignored all of these, until the band was due to release their first full length LP this year. I was feeling in a generous mood one day, and figured that I'd check out some of their stuff on youtube to get a preview of what the band deliver. I started off with a live version of one of their earlier songs, Black Smoke. As soon as the guitarist starts the song off I was immediately hooked by those solid riffs and guitar tone...but once the singer, Elin, took the mic and started singing, I was smitten as a kitten. 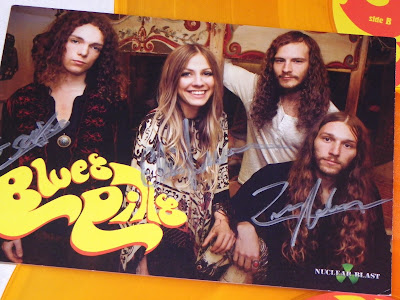 I'm a sucker for a pretty girl, and with a strong and confident presence at the microphone, I'll be crushin' quickly. Blood Ceremony and Purson are perfect cases in point...and let's not leave out the blondes of The Oath...still, Elin has them all beat. Her eyes, her smile, the way she moved, how her voice would crack a little bit on some of those notes...sigh. I couldn't take my eyes off her while watching that one video. I was so entranced, that I replayed that entire song a few times in a row...and while I don't spend a lot of time on youtube watching live sets, I also ended up watching the entire live set from Blues Pills at the 2014 Rock Hard fest. It certainly helped that band played some great late 60's/early 70's influenced Rock, but I couldn't stop watching Elin.

Obviously I needed to order the new LP, and a quick visit to the Nuclear Blast US webstore solved that problem. Five of the songs have seen a release in one form or another, so really, only half of the album is new material. Still it is all good, as this is such a solid release. 300 pressed on orange colored vinyl.

My wcw saw me reading this and asked if I liked hippy records now. Ha!

"I'm a sucker for a pretty hippy"

ha ha...I'm sure you pointed her in the direction of your Integrity records, and told her that there wasn't a chance you'd like any dirty hippy music.