Orange Goblin have a new album due out next week, so to prepare for it I figured that I'd post up this recent repress I received of Healing Through Fire. 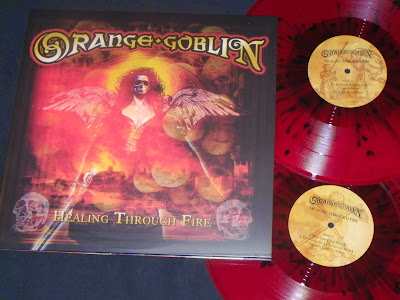 Healing Through Fire was my introduction to Orange Goblin. Back in 2007/2008 I'd heard the band's name thrown around a bit, and since I was starting to get interested in checking out newer Metal bands, I gave them a shot with this album. Even after downloading it, I still managed to sleep on it for a couple more years. While I liked it at the time, I was more into the Thrash revival, and I didn't fully appreciate the more straight forward Heavy Metal/Doom style that Orange Goblin was doing at the time. By the time I finally got off my ass, and got around to buying a copy of the album, I took the cheap and convenient route, and went with the CD as it came with a bonus DVD containing a live show from London in 2006. I don't regret the purchase, but this 2014 reissue from Back On Black was a good reminder that I still needed to add the vinyl to my collection. 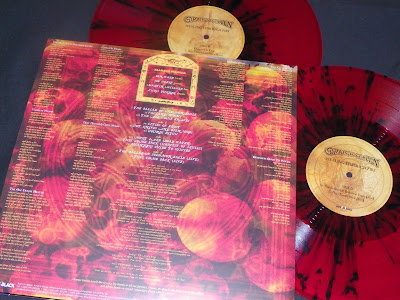 Such a great album, but then again, you really can't go wrong with any of the Orange Goblin stuff.