I've Got No Social Skills

A few years ago...actually, make that six (what?!!?)...I stumbled upon the Never Ending Game blog that Lins was doing at the time. As soon as I'd discovered it, I sat there an read through ever single post that he'd done. A couple of his posts covered Never Ending Game, and since I'd never heard of them, I figured that I'd give them a shot. Given the track record of what Lins was posting, it was no surprise that I found Citizen Patrol to be pretty fucking good. Raw and raging early 80's inspired Hardcore. 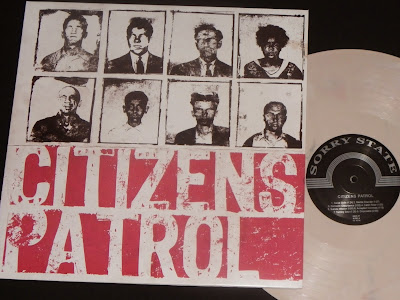 At some point, a couple of years ago, I discovered that the band had recently released an album. I'd been meaning to pick it up at some point, but time and time again, I kept putting it off...instead choosing to chase a more immediate obsession. When I was killing time on eBay recently, I found a copy of the album listed with a Buy It Now option for under $5.00. Are you kidding me? What is this...Ebullition mailorder in 1993? You can't say no to a $5.00 album...I'm pretty sure that it is a rule. 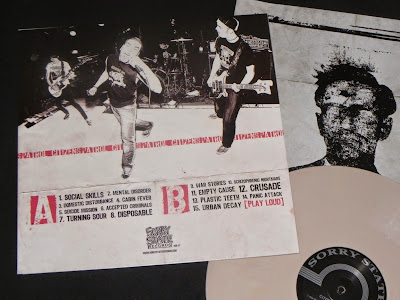 Citizens Patrol do not mix things up with this newest (2011!) release, and keep that thrashing hardcore vibe going. Damn, I love this style.