Rise Above has such a great track record. When they sign a new band, I immediately sit up and take notice. I'd never heard of Saturn before, but with Rise Above putting them on my radar, I knew I had to check them out. 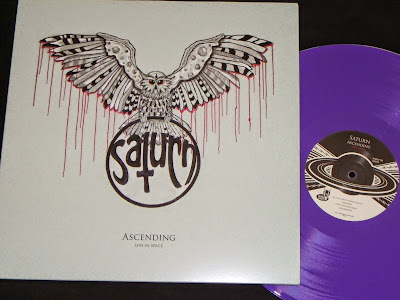 After watching the preview video for the song So, You Have Chosen Death, I was hooked. Classic traditional Metal. I managed to find a download for the album, but unfortunately, my initial reaction was that the rest of the songs failed to meet the expectations that were set. Since the Diehard pressing from Rise Above was only offering a bonus patch and poster, I decided that this time around I'd pass on the more limited pressing. I figured that I'd try and save some money, with hopes of picking it up locally, instead of placing an overseas order.

Sometimes, when I want to try and break in an album, I'll throw it onto my iPod playlist I use when I go running, and take it one song at a time as they pop up in my shuffle mix. This was my thought process when I added Saturn to the playlist. Right now, my running playlist is full of current day Metal and Rock stuff...Stone Axe, Mos Generator, plus Rise Above stuff like Age of Taurus, Witchcraft, and Blood Ceremony...and I also have a bunch of 70's stuff like Uriah Heep, Zeppelin, and Budgie. One night I was out putting on some miles, and a song came on...I had no idea what it was, or even which band was playing it. I didn't know what it was, but I was convinced that it had to be some obscure 70's band that I'd thrown into the mix. I got home and checked the playlist and was blown away to discover that it was Saturn. Goddamn! Suddenly it clicked, and I was loving it. I was digging what I'd heard, and played that album daily for the next week. 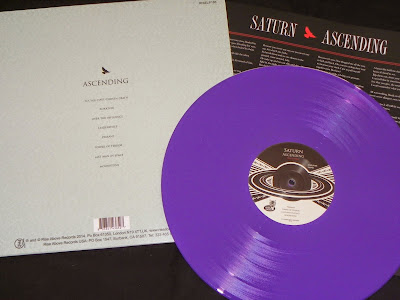 Last month, I had some clients in town for work, and in between meetings and activities, I found myself downtown with a couple of hours to kill. Time to hit some record stores, with my first stop being Bull Moose Music in Portland. As soon as I saw the vinyl for Saturn's Ascending LP, with the $16 price tag, I grabbed it. Figure that I probably saved $35 by waiting, and not buying from Rise Above overseas.

US pressing on purple vinyl is limited to 500.