Earlier this year, I picked up the Face Reality 7 inch on Youngblood Records. To be honest, I was a bit let down by it. Sure the band showed some growth since their Face Reality 7 inch, and it was still pretty good, but it just didn't grab me as I'd hoped. 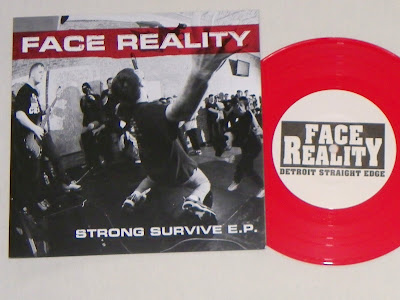 The band's new 7 inch, Strong Survive, is very much in the vein of that Youngblood record, but for some reason I'm enjoying it more. Before, where the vocals sounded too gruff and out of place, now for some reason they tend to remind me of Infest...although not nearly as intense...and they seem to fit the songs better.

The Back To Back store lists that there are 150 on orange...but I think it came out more red. 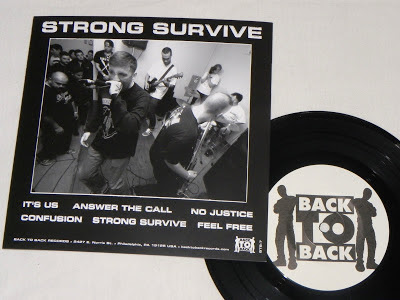 I'm glad that I didn't write them off, because the Strong Survive record is a nice step up for the band.

Labels: Back To Back, Face Reality

Yeah I commented on the colour on my blog too. It's about as red as you can get. No idea why it's listed as orange really.