Some guys are just good dudes. When I picked up the REV25 LP from an old friend that had gone to the Cali shows, he mentioned that he was going to throw in a few extra records that he had laying around. He no longer collects records, so he saw it as an opportunity to clean out what was left of his old collection and dump it on someone that might appreciate it. 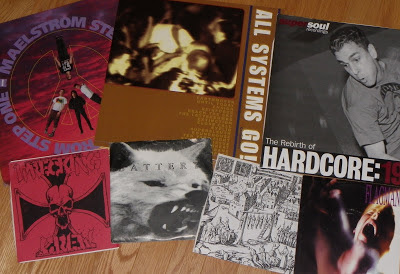 I wasn't really sure what to expect, and while there were some pieces that I already had, I was quite happy to add a few surprises. I've set aside the doubles of the Maelstrom LP, as well as the All Systems Go comp...plus I already had the CR flexi, and the Flagman 7 inch. Everything else was a good score. 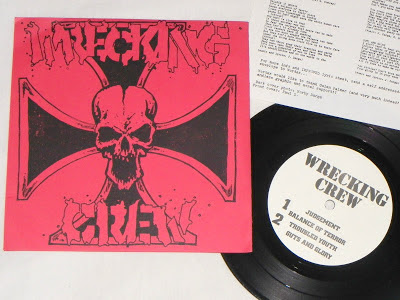 The one that I was most excited about from the lot was the Wrecking Crew 7 inch. Mark McKaye from Slapshot originally released this back in 1988, and while there were certainly better records from this time period, I'd still consider this one a Boston Hardcore classic based on historical relevance alone...plus Guts and Glory is a rager of a song. 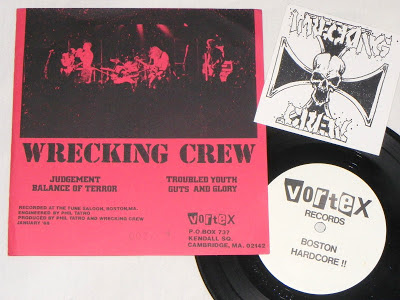 800 were pressed on black vinyl. Some got red covers...others got grey. Some were numbered...some were not. 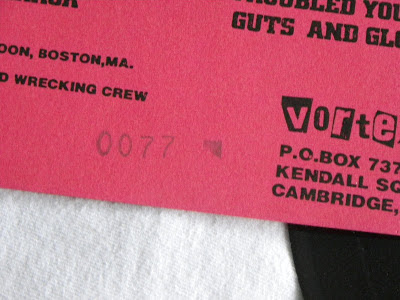 Mine was handstamped as number 77. 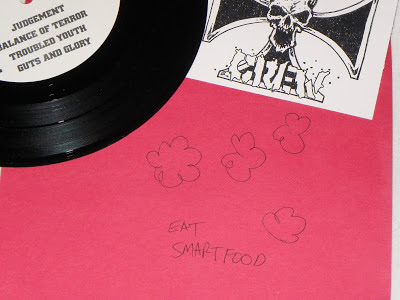 Seems as though someone was a big fan of Smartfood popcorn, and put a message on the inside sleeve. 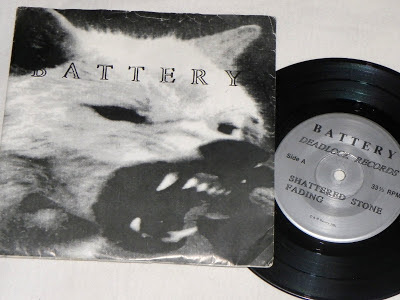 The other record that I was very happy to receive was the Battery 7 inch. Released back in 1991, this record has eluded me until now. I've always liked Battery, so how has this 7 inch slipped past my radar? I'm just happy to finally have a copy. 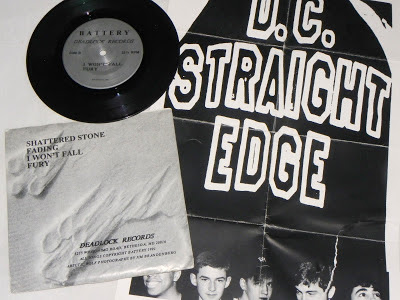 Yeah, these were Battery's early days. Is Brian McTernan wearing lipstick in that photo? And Ken Olden smiling? The last few times I've seen that guy play, he is so damn serious. Dude, when you are playing bass for Youth of Today, how can you not have fun? Weird. 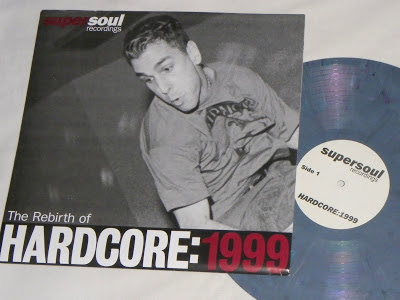 The last piece of vinyl that was a keeper for me was the Rebirth of Hardcore: 1999 comp. This LP was huge at the time. New songs from some of the biggest names in hardcore at the time...and many of these songs are still only available here. Ten Yard Fight, Rain On The Parade, Fastbreak, Atari, and Better Than A Thousand. Plus as a bonus, you get a couple of Shelter songs that don't sound like complete shit. 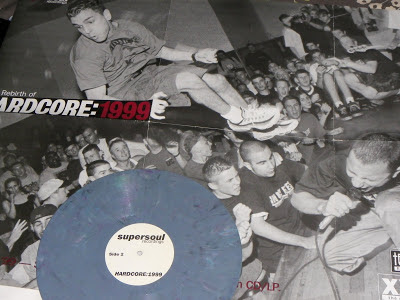 The packaging for this LP is crap though. For a record sleeve, you basically just get a giant poster that is folded up. Go ahead and keep pulling this out to check the lyrics, unfolding it, and then folding back up...let me know how long it takes until the seams start to split. 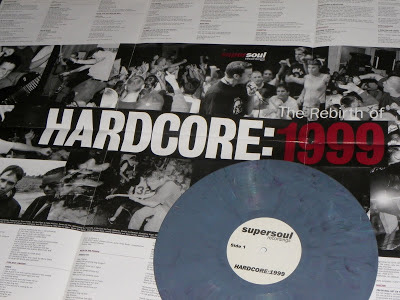