Bouncing Souls are a band that I really like, but one that I never listen to. Odd as it sounds, I own all seven of their albums, up to and including The Gold Record from 2006...yet, outside of the first two, I've only listened to each one a total of 4 or 5 times.

When I heard that they were releasing a new album in 2012, I thought that maybe this time around I would pass on it. With the impending new release, I was inspired to go back and listen to a few of those older albums. You know what? I found that I couldn't get enough of them. It was a great rediscovery. 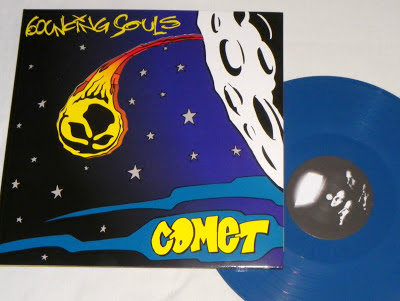 Still, I wasn't completely sold on purchasing the new Bouncing Souls album. It had been six years since I'd heard any new material from them, so I approached with caution and made sure that I downloaded the album first. The album hit my ipod at the right time, providing the perfect soundtrack to carefree summer days. Seriously, this type of music was made for rolling down the windows in the car, and heading to the beach. Yeah, I'd be buying a copy. 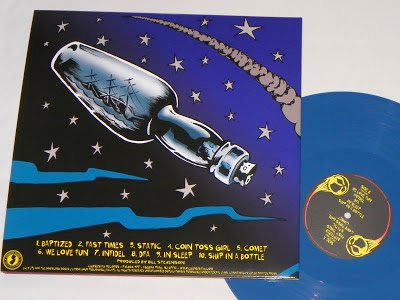 Hey Mike PS don't sleep on the Losin Out Lp pre orders at life to live. It looks like they are running out of the pre order color /100 pretty quick!

Already purchased the package deal! I was pretty tempted to grab one of the test presses as well, but I'm trying to decrease my record spending, so I figured that three copies was enough...for now.

Never really been too into this band. I bought an LP way back when. I kinda liked the goofy song 'I like your mom' but never really got into the rest, so I sold it.

On a vaguely similar note (old sxe guy listening to pop punk), I spent all day today singing along to Less Than Jake. Who'd have thunk it?

Wow. Less Than Jake. I bought a few of their albums back in 2003...I don't think I've listened to them since then.

I got one of their songs in my head and ended up playing all their records. I only listened to them up to their Fat Wreck LP "Borders and Boundaries" but it's a really great album. Bought it when it came out and never bought anything after that. Kinda tempted to check out the stuff that came after that now though.