I won't buy tapes. I have no use for that format, and I refuse to acknowledge it's resurgence as of late. That goes for demo tapes as well. Fuck 'em. Better Times is a really good Straight Edge band, but after releasing a demo and their first EP, Better Measures, on tape, I still had nothing from them in my collection. 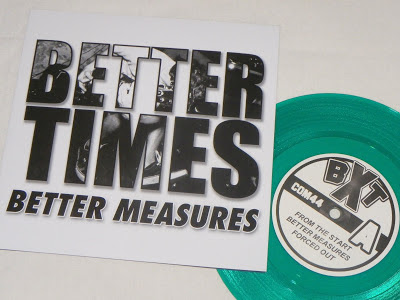 Thankfully Commitment Records was there to give that EP a proper release on vinyl. 200 pressed on green vinyl. 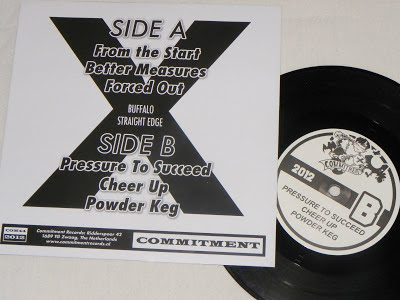 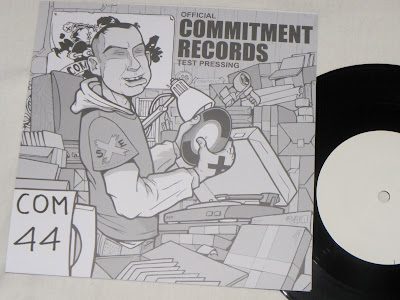 While I was picking up the two copies of the Better Measures 7 inch, Commitment also had a few copies of the test pressing for sale. I really like this record, and since the price was around 6 bucks, I couldn't resist the call.

I believe that all Commitment test pressings have the same cover art...with the exception of the individual catalog number in the lower corner. I'm not a fan of the cartoon covers, but when I was placing my order for one, I kind of liked the sense of consistency the label uses for all their tests. 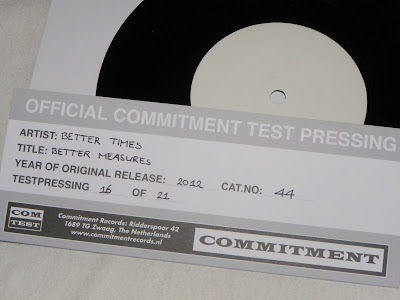 The back cover has all the information that you'd need for this test press. Number 16 out of 21. 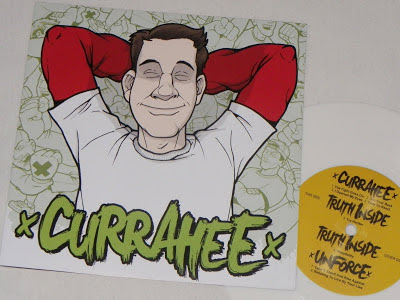 Commitment also did a three way split 7 inch with some Straight Edge bands from around the world. I'd downloaded the Truth Inside songs a while back, and I've been looking to check out XcurraheeX, so since I was in the Commitment store, I figured that I'd grab a copy...or three. Honestly, three copies may have been a bit overboard. I'd been on a bit of a spending spree...buying anything in sight...and now I'm feeling broke, and wish I could have taken this one back. 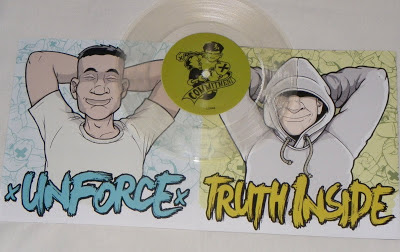 Uggg...another cartoon cover! XcurraheeX are pretty decent UK Straight Edge band. The four songs on this record were a good introduction, and I may have to check out more of their stuff.

The Truth Inside songs rule this 7 inch. Easily the best band here.

Unforce are from The Philippines, and end up as the weakest link on this split. Meh, I won't seek out anything else from this band. 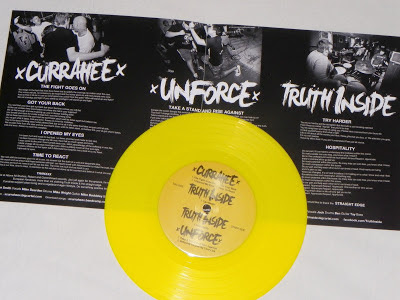 200 each pressed for white, clear, and yellow vinyl.

I whole heartedly agree with the opening statement.