Back at the end of September, I was listening to my last.fm radio station, and Overkill's Evil Never Dies came up in the playlist. Now I'm a huge fan of Overkill, but hearing that song just struck a chord in me, and set me off on a mission to find some vinyl for the band. Initially, I was on the hunt for some of their older albums...the classics from the 80's, like The Years Of Decay or Under The Influence...but in the end, I decided to go with a copy of their 2003 album, Killbox 13. 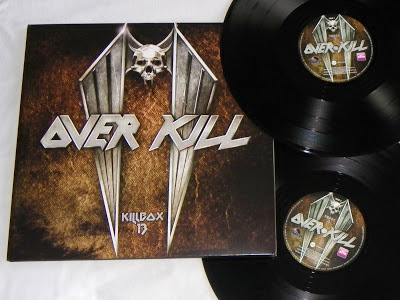 The main reason that I chose to buy this album was because I was hoping that it was the pressing the Night Of The Vinyl Dead had done back in 2009. I wasn't aware of any other vinyl pressing for this LP, and instead of really reading the item description on eBay, I just clicked ADD TO CART. The NOTVD pressings are amazing, and I wish that I could afford more of their releases. They are incredibly limited, and beautifully packaged. They are also extremely expensive. Turns out, the pressing that I ordered was still an import, and still limited, but it was not the NOTVD pressing that I was hoping for, and therefore it wasn't nearly as cool. Instead, this was a new 2012 pressing from some UK label named The Vinyl Countdown. 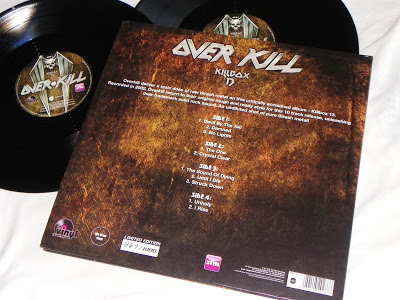 Killbox 13 is far from my favorite record from the band, but is still a solid release, and there really is no such thing as bad Overkill. 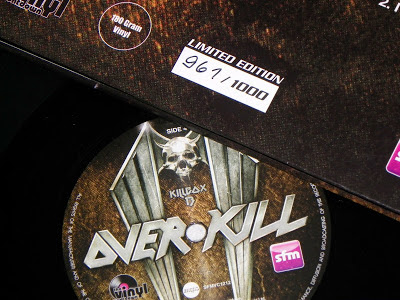