At the beginning of the year, I picked up a copy of Halfmast's first 7 inch, Influence. I'd never heard it before, and after stumbling across a copy on eBay, 15 years after it's initial release, I decided to finally grab a copy. 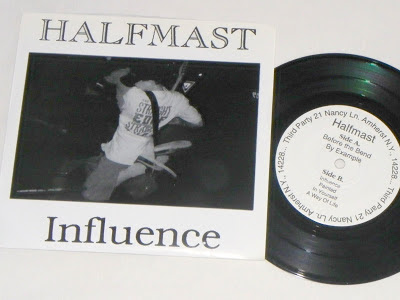 The one I bought had a green cover, but I also was aware that a white and a yellow cover also existed. When I recently saw the 7 inch with the white cover available for 99 cents on eBay, I couldn't resist buying it. I'm a sucker for buying different pressings of those early to mid-90's bands that no one cares about anymore. 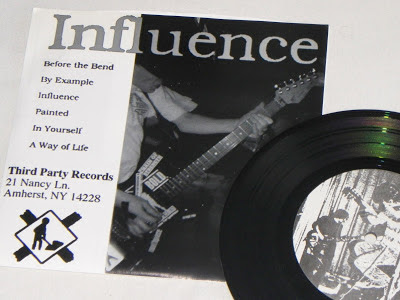 Hey, this record isn't going to blow anyone away, but for some mid-90's Straight Edge Hardcore, it is still a fun listen. 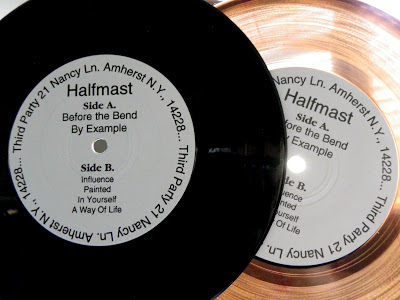 When I posted about my first copy back in February, I had commented on the cheap vinyl that came with the green cover pressing. It looks like Third Party used some better quality for the later pressings that got the white cover.