I feels like it has been a while since I've posted some new REACT! Records vinyl on here. Seems like earlier this year, I was continually posting about some new pressing from that label. 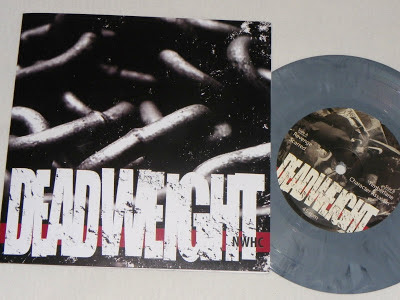 When pre-orders went up back in August for the debut Dead Weight 7 inch, it was described as "four songs of raging Accused-style speed-picked hardcore". Honestly, that was as far into the description as I got. I was on a huge Accused kick and listening to The Return of Martha Splatterhead constantly. As soon as I saw the Accused name listen in the Dead Weight description, I bought three copies. 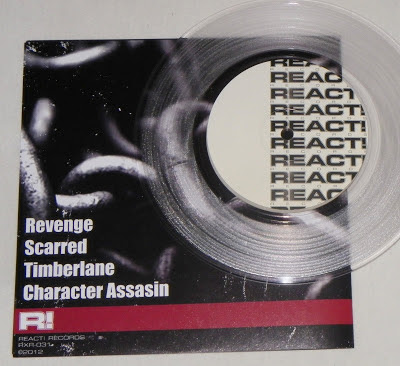 While there are a few spots of that Accused speedy guitar sound, that is where the comparisons end. To be fair, the Dead Weight description also lists comparisons to New York Hardcore, and that is way more accurate. Unfortunately for me, I was expecting something a bit more wild from the band, and was left feeling a bit underwhelmed. This 7 inch is solid...it just doesn't blow me away. 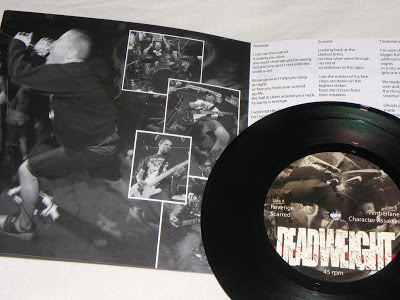 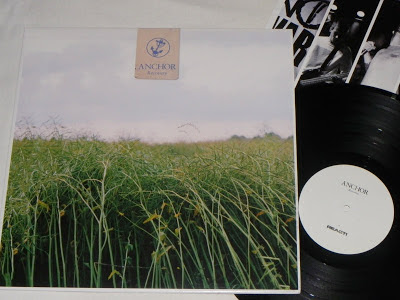 I honestly wasn't too excited over the announcement that REACT! would be releasing the North American pressing of last year's Anchor LP, Recovery. I had downloaded some of their past material, and it didn't interest me at all. Still, this was a REACT! release, and I felt the need to order at least one copy. Therefore, I added the more limited version, on yellow vinyl, to my cart. Hey, wait. This copy that I received isn't on yellow vinyl.

I seem to have had a string of bad luck since REACT! started using Hellfish to distribute their catalog. Bent corners, missing download codes, and now the wrong vinyl. Damn, I miss the days when REACT! had their distribution in-house. Sure it took them longer, but it seemed like more care was taken...it felt more special, like it was family that was pulling it all together and sending your stuff. Now it feels like there is some kind of detachment...like it is less personable. I don't know. I still respect the hell out of them, but I guess that a label has to do what a label has to do. 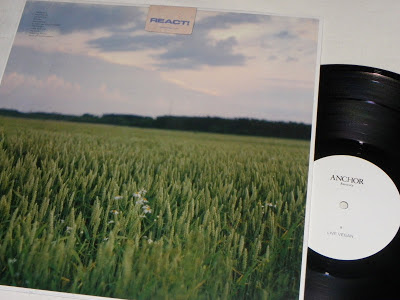 Anyway, this Anchor LP was better than I expected. There is a solid early 90's vibe to it that I can appreciate. Sure, some of the songs don't stand up as strong as the others, but I'm still glad that I checked this album out.

Its annoying as hell when you order a colour copy and get the black. Basically happens to me every time I order from southern lord. Mind you the stoner who 'works' there couldn't run a bath never mind a mailorder.