Watermark Records seemed like a big deal back in the early 90's. The label was run by the Jordan brothers from Encounter, and those two guys just seemed to be involved with all kinds of good shit at the time (including one of my favorite straight edge records of all time, the Reveal 7 inch). My nostalgia had apparently built up Watermark as bigger and better than they actually were, because as I look back now, the label only realeased a small handful of records that I had any interest in... including the two Lincoln 7 inches, plus records from Flagman and Threadbare. Looking back, Watermark seems kind of inconsequential, but I swear at the time they seemed massive. 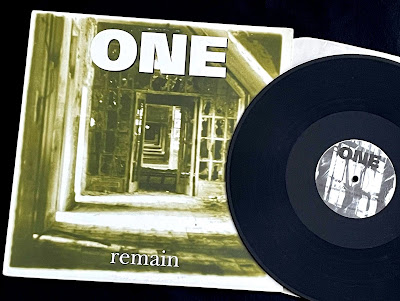 Another record that was on the Watermark label was from a band named One. The Remain 12 inch was released in 1993 and it came and went without much fanfare. At the time, a friend of mine had the CD and I just dubbed a copy to cassette. I liked it, but apparently not enough to run out and buy a copy for myself. It had probably been over 25 years since I'd even thought of that One EP, but when I was picking up a few records from a Discogs seller and I saw they had one available for cheap, I was excited to grab and revisit it. I mean, you can pick this thing up for under $4 so why not. 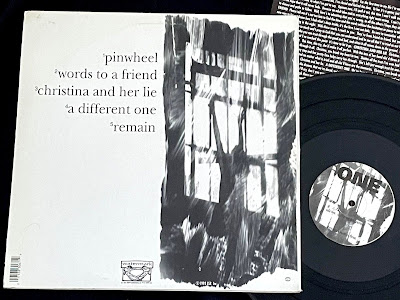 This One 12 inch is all about that melodic hardcore sound that was huge at the time. I've enjoyed discovering this thing again, and realized that Jay Demko was in the band which is kind of cool since he was also in Lincoln and Junction...and I loved those two bands. Today I just noticed on Discogs that the band also released a 7 inch back in '91 that I never knew existed, so I'm obviously going to have to add that to the Want List.
Posted by Mike at 7:46 PM

I could never get into their recorded stuff, which was odd because usually everything Jay Demko is involved in is gold.

Lincoln was great. I was fortunate to be living in Morgantown when they were playing. If you like them, also seek out "Kukim" which was pretty much Lincoln minus one.

On an even cooler note, Jay has been a touring guitarist/musician with Explosions in the Sky.