Digging into the New Age Records releases from the past few years, I think that the record from The Dividing Line is my favorite. 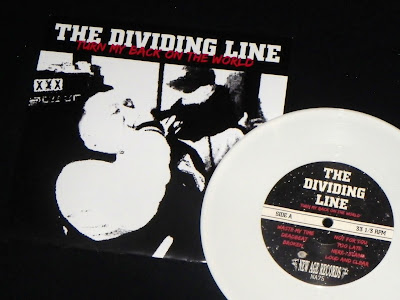 Again, I had been caught up in the mindset that New Age no longer released records that I was interested in, so I was ignoring anything that the label did. This was a stupid mistake, as I definitely missed out on some cool shit. The Turn My Back On The World 7 inch from The Dividing Line is some rippin' straight ahead hardcore. Probably every song on here is about the straight edge, plus they use the word "fuck" in every song as well...combining these two elements makes for a winner in my book. Seriously, this record is great and if I was going to put in the work to collect multiple copies of a New Age release, this would be the one I would chase. 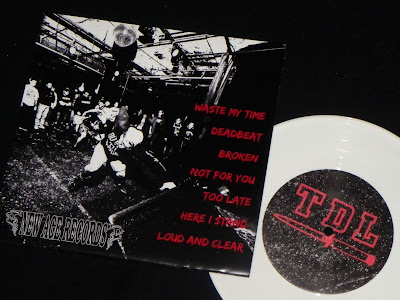 Good to see you investigating some of these releases. I think I agree, The Dividing Line is probably the best of the bunch. I saw a photo of a test press of their LP months ago, so not sure what's happened to it. Hopefully it'll appear at some point soon.