Think I Care To Trade

I've got a few pieces of Think I Care vinyl in my collection. Nothing wild or outrageous...just a couple records from a time that I rarely revisit these days. I'd had no burning desire to chase any of their other releases, but things just fell into place during a recent conversation I was having with Doug. 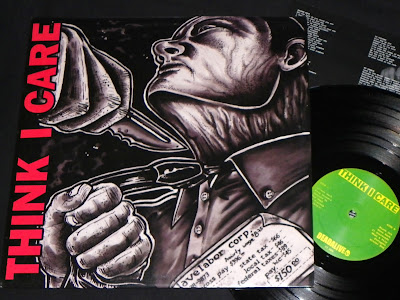 He had recently woken from a deep sleep to discover that he really enjoyed True Love. He'd missed out on the entire first press from React, and had mentioned how if I wanted to part with it, he was interested in my black vinyl copy of the New Young Gods record. I blew off the request initially. I mean, this was on React...the one label that I was still religiously buying everything for. But then I got thinking...hell, I like the record, but it isn't like I'm going to be chasing test pressings or tour covers for this. If I wasn't going to even try to complete the True Love collection, why the hell was I clinging to the black vinyl so badly? Fuck it. Time to let go a little. 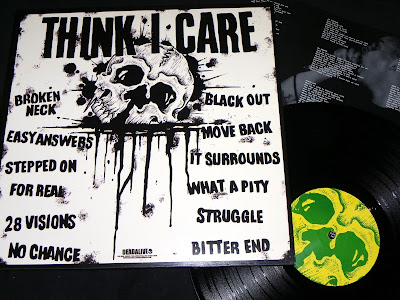 A couple of weeks after I'd turned down Doug's offer, we were having a conversation and he mentioned gathering up some old Hardcore records from the 2000's that he was thinking about selling off. The name Think I Care was brought up, and since I didn't own the vinyl for the Dead Alive record, I said "What the hell" and asked it he wanted to trade.

I could have grabbed this record for cheap on discogs at anytime, but I figured that I might as well help the dude out, and fill a hole in my collection in the process. 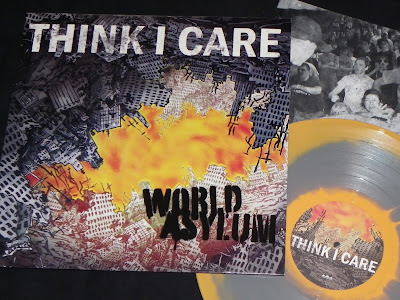 While I wasn't looking for another copy of the World Asylum record, Doug did also offer up a copy of the grey/orange swirl pressing. Since I didn't own it, I agreed to take it off his hands. I don't know why. I already owned the splatter pressing, and didn't really need another copy of the album...but I grabbed it anyway. 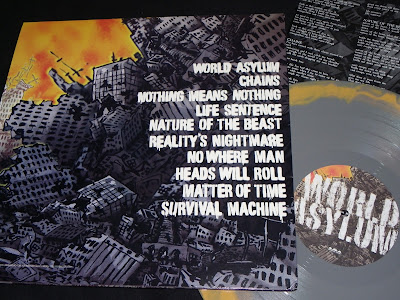 Good band although their early stuff was best. They're not a 'cool' band anymore but you can still hear their influence in newer bands like Blind authority etc.

Good story. The ending made me chuckle.