This past month has found me firmly entrenched in 1996. I stopped by to revisit an album or two, but soon found so many great records that I hadn't listened to for years. Suddenly 1996 was the theme of my daily playlists, and I was full on celebrating the 20th anniversary of those releases. 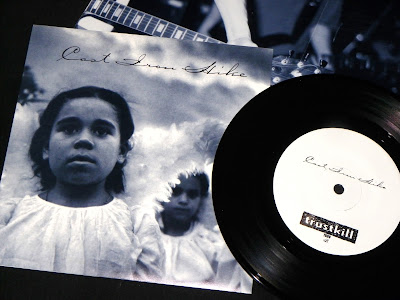 As I'll sometimes do when I get fixated on an older band, I'll do a search over at The Endless Quest blog, and see if Marcus has ever posted about them, and check out what he has had to say. This time, my obsession brought me to his blog to search for Cast Iron Hike. I found that, six years ago, he had a great post about a test pressing for the Boxed 7 inch. After reading it, along with all the comments, I sent him a quick message and we got to talking. I'd never heard this 7 inch, but after talking with Marcus, and checking out the link he sent me...minutes later, I'd bought a copy from the Discogs Marketplace. Since it was never released on colored vinyl, it made it a cheap and easy buy. 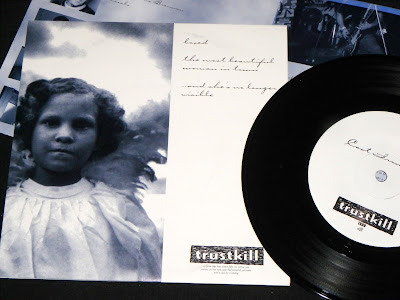 The general consensus seems to be that this 7 inch is the best Cast Iron Hike record. I'm not sure if it is really better than the LP, but The Most Beautiful Woman In Town may be one of the best songs the band recorded.