From The Ashes Of Burn

Of course I love the first Burn 7 inch...and I can even hang with the Cleanse record. Yet, for some reason, when it was announced that they were releasing a new 7 inch in 2016, I found it as appealing as a poop flavored lollipop. Still there was some hype around it from a few friends, and I got sucked into buying a copy. Plus it was going to be pressed on pink vinyl, and goddamnit, if I don't own the first one on pink, I figured that I'd at least own the new one on that color. 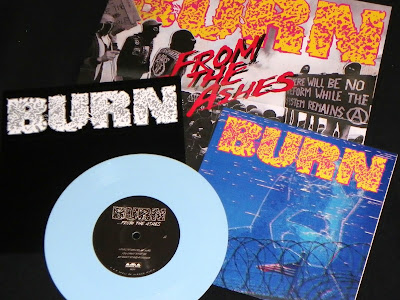 Preorders went up at Bridge Nine back in April. At the time, I was heavily into late 70's and early 80's style Punk. I wasn't in the musical headspace to appreciate what was going on, and as soon as I placed the order, I regretted it, and wrote it off as a waste of money. Another old hardcore band that was bound to disappoint by trying to relive those glory days...and this would just be another record taking up space in my collection. 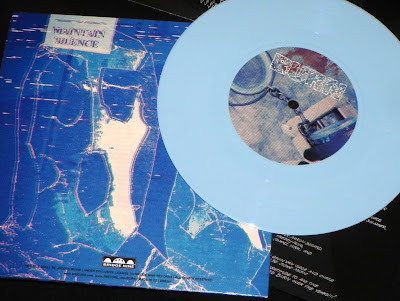 Bridge Nine saw numerous delays with pressing this record, so in July they made it available for download for those that had ordered the vinyl. I grabbed it, and really wasn't expecting much. Still, the cover art intrigued me, and I loved the inclusion of those old masks from the first record. Aesthetically, it gave off a great vibe, and surprisingly, I was finding myself more and more interested to check out what Burn had to deliver. Much to my surprise, I found myself really liking this record...much more than I expected to. Suddenly, I was very thankful that I'd bought this when preorders went up. 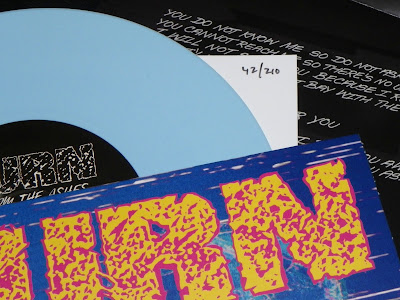 Once B9 got the vinyl in, they realized that the pressing plant had messed up the color...so we got baby blue instead of pink. To make up for the delay and the color mix up, they whipped up some preorder covers for the record. Hand numbered out of 210. Job well done all around.

Amazing! I remember that conversation where everyone said they were pretty "meh" about it and then you all went and bought it anyway! I think Lins bought 14 copies or some shit.