Things are kind of weird right now with this COVID-19 pandemic. I'm working from home, my daughter is home from college with all classes moving to online for the remainder of the school year, and my wife's office has closed leaving her with no paycheck until this is all over. We are trying to stay locked down in the house to avoid people, and "social distancing" has become a thing. With all these changes...are sellers still getting out to the post office...will the post office shut down temporarily... with only one paycheck will I run into problems paying for basic necessities down the road... I'm not feeling too confident in buying records at the moment. I've got a decent backlog of records here, but that will only last me for so long, so in the coming months, things may slow down here on the blog. Who knows? We'll see how this shakes out in the coming weeks. 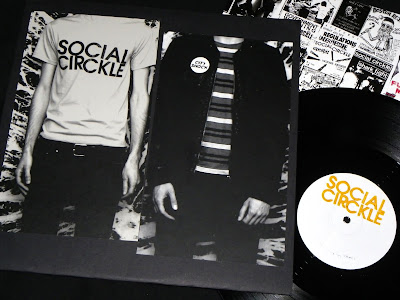 At the end of last year I picked up a couple of Social Circkle 7 inches. Those records were a blast to spin, but I was kind of surprised that they were the first records that I'd picked up by the band. I could have sworn that I'd picked up their album, or at least their Static Eyes EP over the years, but apparently I'd thought about it a lot, but had never actually made the move. In January, I was having such a great time with the two 7 inches that I'd picked up, that I had to swing by Discogs and see what might be available. 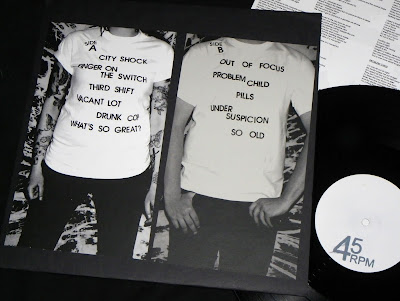 When I saw that a seller had the record release pressing of the City Shock album, I couldn't resist and immediately added it to my cart. Considering that I must have almost picked up a copy of this record at least a half a dozen times back around 2010, I'm very happy to finally add the record release pressing to the collection. The special cover with the photos glued to heavy cardstock is a nice touch. 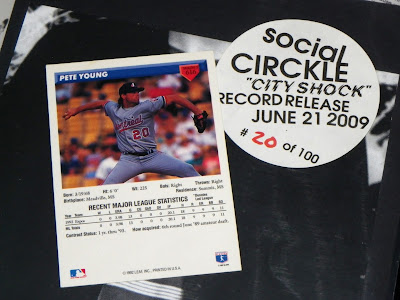