I was riding a hardcore high the last few months and was hungry to check out any new band. When I went to the Vantage Point record release show back in January, I made an effort to check out every band on the bill prior to the show. I'd seen the name Pummel thrown around over the past year, but honestly, I was never interested in giving them a chance as the band's name kind of put me off. 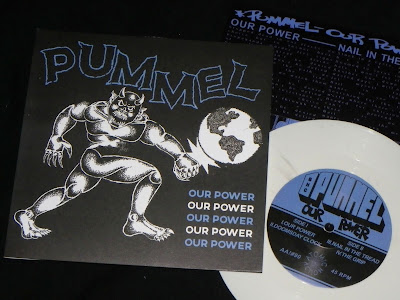 Seeing how Pummel were playing the Vantage Point show, I decided to check them out on Spotify. Much to my surprise, they were kind of good. They had a 7 inch due out soon on Atomic Action, so I checked out a song from the upcoming record and really liked that as well. After catching them live, and watching the crowd go off to them, I made up my mind to preorder the new record, Our Power. 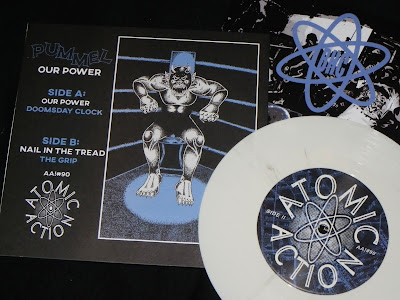