I'm not sure if Be Well are a real band, or just some friends hanging out and recording a couple of songs, but with Brian McTernen from Battery on vocals, and Aaron Dalbec from Bane on bass, I was interested to hear what they had going on. There was bit of hype on Be Well before their 7 inch was released, plus I was listening to a lot of newer hardcore records, so I had high hopes on this thing. 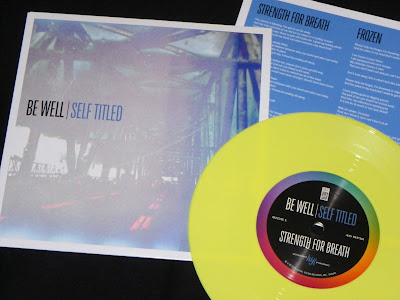 To add fuel to the flames of my interest with Be Well, REV announced that there was going to be a pressing of the 7 inch on yellow that was limited to 100 and only available from them. Shit. I wasn't going to be able to sit back and catch up with this band six months down the road...no, if I was going to pick up the record, this yellow vinyl was the way to go, and I couldn't afford to wait as I expected it to sell out quick. 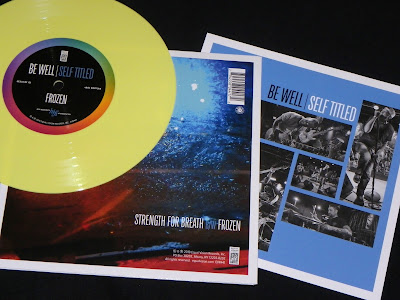 The two songs on this record are good...actually they are much better than what I would expect from older hardcore dudes...there is a lot of emotion that comes through in these songs, which makes me want to keep going back to them.