Growing up as thrasher, it has taken me years to get over the stigma of liking Whitesnake, but these days I will freely admit that I've grown to really love this band. Basically, at this point, I'm even considering checking out the self titled 1987 album again. My how the times have changed... 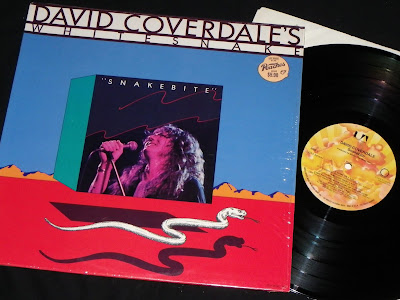 A couple of years ago, I picked up the first Whitesnake 7 inch that was released back in 1978. After it's initial run, the record labels got together and took those four songs from the EP, added in four songs from the David Coverdale solo album, Northwinds, and pressed it as the Snakebite full length. Then that full length album saw different covers based on the US and Euro pressing...and then a different one for the later pressings...and even as someone that has lost the spark to collect multiple pressings, I still managed to get the itch earlier this year to collect them all. 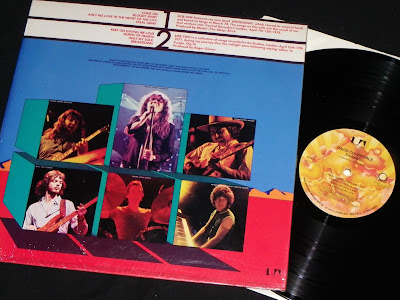 I didn't go crazy and rush out to scoop them all up, but I did pick up the original US pressing for cheap. I don't know why, but that little white snake on the cover for this pressing is hilarious to me. I can understand why they changed this with later pressings.

I was so happy when this record arrived that I had to show it off to my wife. I mean, this record is over 40 years old, and I was amazed to find this was in near mint condition and still in the shrinkwrap, so I was desperate to find someone that would appreciate it as much as I did. 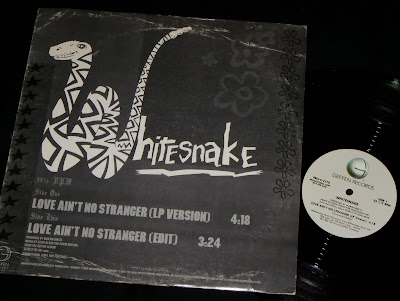 While I was picking up the copy of Snakebite, I saw that the seller also had a promo copy of the Whitesnake single Love Ain't No Stranger from '84. The condition of the cover was a bit rough, but for $5.00, I had no problem grabbing it. I'm a sucker for those unique promo covers.