For some time I've been itching to collect the Bronze pressings for those early Motorhead records. It has been a slow process, but it isn't because they are rare or expensive...it's just that I have a difficult time focusing. I picked up Ace Of Spades three years ago, and fucking loved how that vinyl sounded. It is stupid that it has taken me this long to finally pick up another one of Motorhead's "big three" albums. 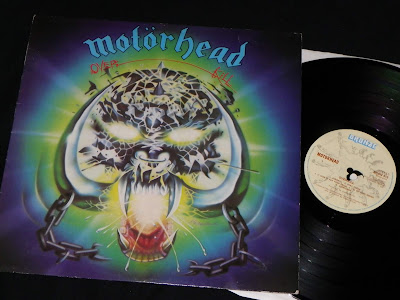 I started off this year by reading the latest Thrash books from Martin Popoff...I'm about half way through the trilogy and I'm loving it. Any way, the books start off with those records that influenced thrash, and of course one of the ones mentioned was Motorhead's Overkill album. It had been a while since I'd given it a spin, so I fired it up for a listen. Wow. That record hooked me quick, and I couldn't get enough of it. It was like I was hearing it for the first time, and I was getting a charge each time I listened to those songs. Suddenly, Overkill was one of the most listened to album for the year. I couldn't get enough, and knew that it was time to pick up the vinyl. 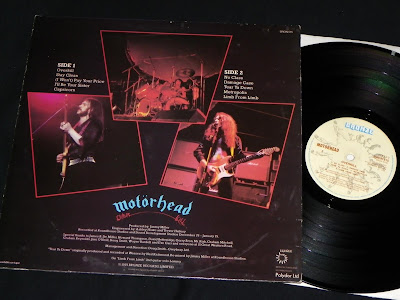 Such a killer record.