A couple of years ago, I first discovered Higher Power with their first album Soul Structure. I loved their style of 90's influenced hardcore and I was spinning that record a lot. When I heard that the band had moved to a major label with Roadrunner, I was kind of disappointed, and I worried they were making moves to appeal to a larger audience. When preorders went up for their new album, 27 Miles Underwater, I ignored it. 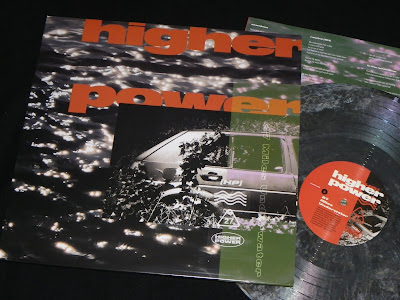 It was only a matter of time before I bothered to check out some of the new Higher Power stuff, and as I was getting into a lot of newer hardcore bands at the end of 2019, I decided to finally tune in to the latest Higher Power music video at the time for Low Season. Honestly, I didn't know what to think. The song had a mellow chorus, and watching the singer flop around with brightly dyed red hair and that big gap in his front teeth gave me douche chills. There were parts of the song that were really cool, and even though I struggled with it overall, I held out hope that with repeated listens of the full album, it would grow on me. 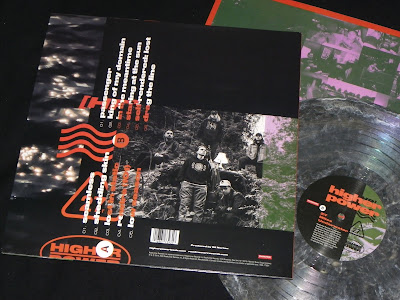 While 27 Miles Underwater doesn't measure up to Soul Structure for me, it is a very solid album and similar to Turnstile, it shows a band that isn't staying static. After discussing the band with Marcus, I decided to finally pick up the vinyl. The limited purple splatter pressing was sold out, but I'm kind of digging the grey marble color as it seems to really match the front cover with the light reflecting off the water.