When I first heard Midnight's Satanic Royalty, I had suddenly found my new favorite band. That album ruled, but by the time they released the follow up, No Mercy For Mayhem in 2014, I was starting to lose some of that excitement over the band. That second record was good, but compared to the first it fell flat for me. By the time they released their third record, Sweet Death And Ecstasy in 2017, I checked in for one song and then never bothered with the rest of the album. 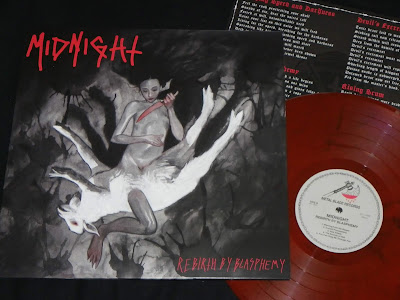 When it was announced that Midnight were releasing a new album in 2020, something caught my attention, and I decided to give the band my attention. As soon as I took the time to check out the video for the song Fucking Speed And Darkness, I was immediately sold, and I was heading over to the distro at Hells Headbangers to order a copy. 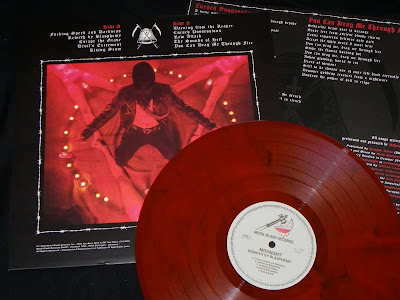 This album is so good. It falls in line with that Venom/Motorhead style that Midnight do so well, but there are a few surprises in here that really capture my attention. How about that back cover though? Damn! I had to place the record over one of the more explicit parts of the photo. 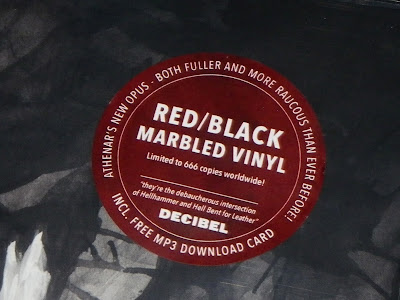