On January 27th of this year, the drummer for Corrosion Of Conformity passed away. Upon hearing the news, I immediately starting searching eBay and Discogs for some C.O.C. vinyl. 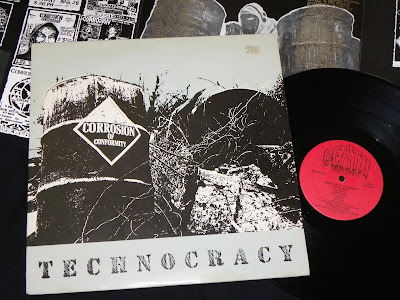 I have always loved both the Animosity album and the Technocracy EP, and while I've been tempted to chase them down over the years, I've just never pulled the trigger. With the passing of Reed, it gave me a kick to finally make a move, and within the next half hour, I was paying for a copy of Technocracy. 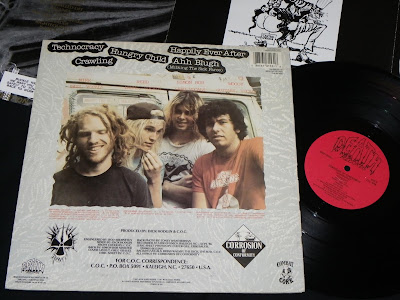 This is some of my favorite C.O.C. stuff. I've never gotten into their metal records that followed up Technocracy, but this one has that perfect crossover sound going on. It is really only four songs...not counting the Ahh Blugh wierdness...but it is probably the C.O.C. record that I reach for the most.