I was late picking up the new Haunt album last year, and when I was scrambling at the end of 2019 to catch up on what I'd missed, the colored vinyl options were sold out and I settled on the common black vinyl pressing. Shortly after picking up that 2019 release, If Icarus Could Fly, preorders were up for the lasted Haunt album, Mind Freeze...and not wanting to miss out on the colored vinyl, I quickly ordered. 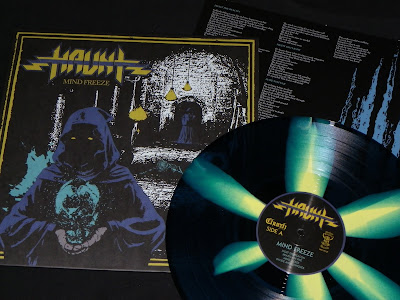 Both colored vinyl options looked amazing with the cover for Mind Freeze, but I went with the "frozen pinwheel" option. Once again, the packaging from Shadow Kingdom Records is top notch. 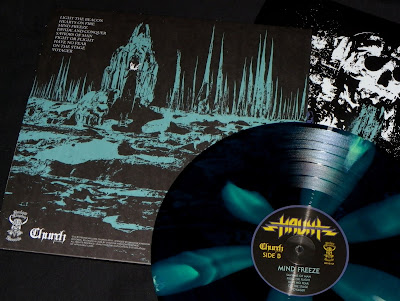 Haunt play a traditional heavy metal style, and have to be one of the most productive bands around. This record is my first 2020 release that I've picked up, and I'm sure we will see another EP or something from them before the year is out.