I picked up this Cinderella single from the same seller that had the Chilmark 7 inch. The guy obviously had no idea what he was doing on Discogs. 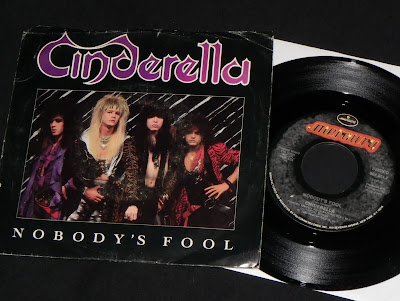 I've become interested in picture sleeve singles lately, and when I was picking up the Chilmark record, I noticed that he had Cinderella's Nobody's Fool 7 inch available as well. Now, I'm not actively searching out these singles for every band, but I they are fun to pick up when I stumble across one. The seller here had it listed as Near Mint condition, with a price tag of $2, and while I wasn't naive enough to fall for that "Near Mint" condition, I figured it was worth the gamble to add it to my order for that low price.

Damn dude, what part of this looks "near mint" to you? While the record does play great, the center label looks like they ran the entire thing through the dishwasher. 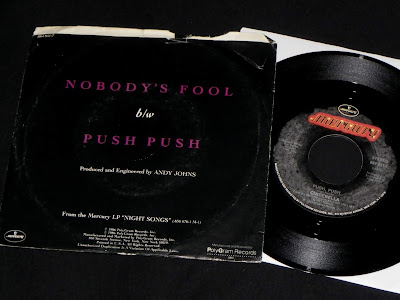 I sent the guy a message to let him know how far off base he was with these. I expected an aggressive response, but the guy was very apologetic, saying that he was new to Discogs and didn't understand what he was doing when he listed them, and has been going back to adjust his current listings. It was only $2 so I wasn't going to sweat it, but it amazes me when people stumble this badly.