Back in December I took a trip to Boston for one of the Triple B America's Hardcore shows. I can't express enough how much fun I had checking out a bunch of newer hardcore bands at that show. I've been going to hardcore shows for 30 years, and it was just one of those experiences that made me appreciate that kids are still doing this kind of shit. I had really been out of the loop when it came to going to hardcore shows for the past few years, but when I left the AHC show, I committed to myself that I was going to get out to check out more shows in 2020. 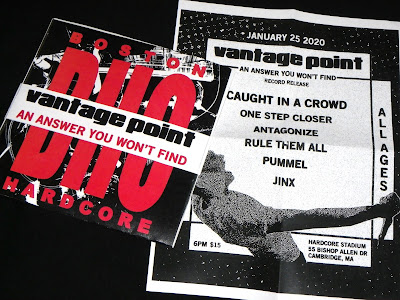 When I saw that Vantage Point were having a record release show for their new 7 inch in January, I circled the date on my calendar. I really liked their new record, and the line up for the show was solid, so I made the two and a half hour drive by myself to check it out. This was going to be a big deal, because the show was at the Hardcore Stadium in Cambridge, and I hate driving and finding a place to park in this area so fucking much, that I'd avoided every show that took place here in the past. 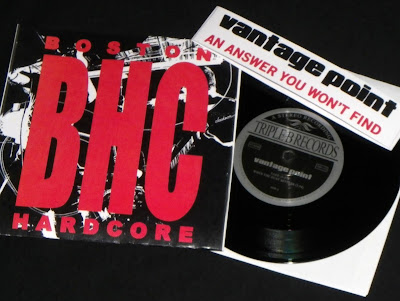 I was really excited to get to the show early and make sure I grabbed a copy of the record release version for the new Vantage Point 7 inch. Limited to 30, and some really great packaging with the screened cover and OBI style strip. Very well done, and I was extremely happy to be first in line to grab one. 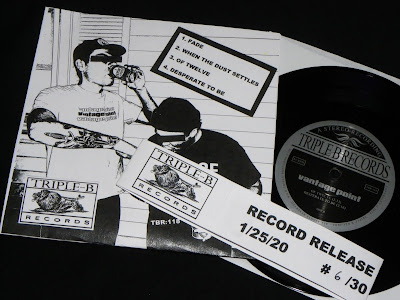 The show itself was a blast. Every band were a lot of fun to watch, and I really wished that I was more familiar with all of them so that I could bang around down front and sing along.