Savage Master Of The Flames

Savage Master have quickly become my newest obsession. I was a bit late in checking them out, and didn't really start listening to their new album, Myth, Magic & Steel, until the last week of December. If I'd been paying attention sooner, there is no doubt that their new record would have shot to the top of my Top 10 list for the year. In one month, I probably listened to that album more than any other 2019 metal release for the past year. I haven't been able to get enough Savage Master, so I quickly started checking out some more of their back catalog. 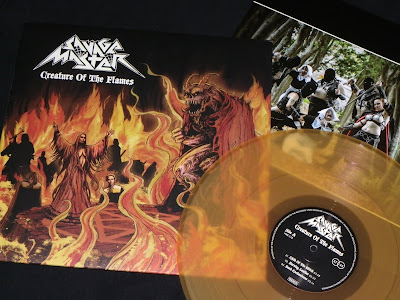 The Creature Of The Flames EP was released back in 2017, and when I saw that Shadow Kingdom Records still had it available in their store, I quickly grabbed one. Good thing I moved on it when I did because they are now sold out of it. 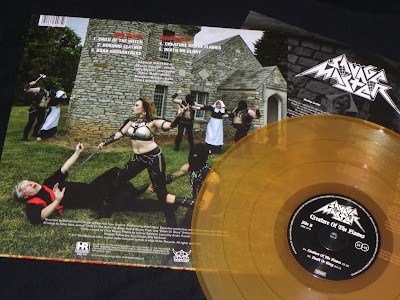 This 12 inch EP contains four Savage Master songs, plus a cover of Death & Glory from the old NWOBHM band Holocaust. Holy shit. I fucking love these songs. For some odd reason this EP isn't on Spotify, so I haven't been able to listen to it while at work, but I've been making sure to spin the vinyl a lot when I get home. 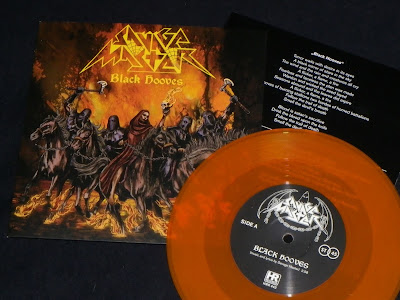 While on my Savage Master spree, I also found a US seller that had the Black Hooves single available at a fair price. 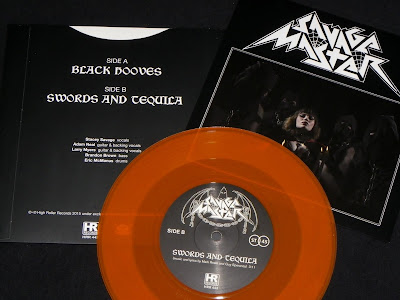 Originally released back in 2015 as a single for the With Whips And Chains album, featuring Black Hooves on the a side, with the b side containing a cover of Riot's Swords and Tequila. This band can do no wrong with me at this point.

A higher res close up pic of the back cover would be appreciated :o)

I didn't realize that you had a nun fetish. Will send those pics soon.