Cry Of The Priest

I've never really thought about becoming a collector for Judas Priest. I mean, yeah, I wanted all their studio albums on vinyl, but I had never obsessed over them from a collectability standpoint like I do with Iron Maiden and anything Dio related. That all changed when I started checking out what they had released for singles over the years. Those singles looked fucking amazing, and suddenly I was itching to start throwing money at them. 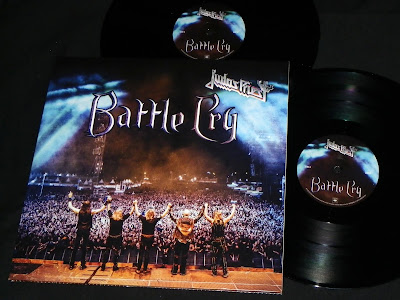 If I was going to make serious run at collecting Priest records, I might has well start with a couple of recent releases that I had previously ignored. First up was the Turbo 30 album from 2017 that I scooped up earlier this year, and next on the list was the double live album, Battle Cry. 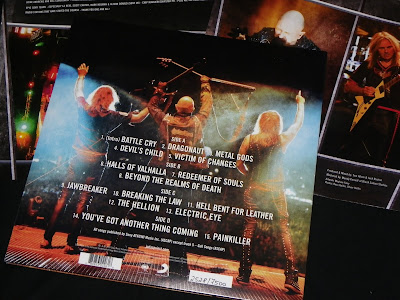 Judas Priest had two live albums in their catalog with Unleashed In The East and Priest...Live!, and I didn't think that we needed another live album, so I never bothered with Battle Cry at the time. Checking it out now, I feel like an idiot for ignoring it for this long. The track list on this thing is great. With three songs from the Redeemer Of Souls album, plus songs like Devil's Child and Jawbreaker, this is a cool live album to spin. I'm really digging this, and it makes me wish that A Touch Of Evil - Live wasn't a CD only release, because now I want the vinyl on my shelf as well. 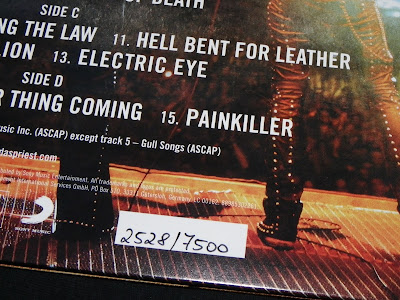