Like Krokus, Helix were one of the first metal bands that I stumbled upon in the early 80's. In the time before MTV, there were stations that would have late night programming exclusively for music videos. As a pre-teen that was hungry for more music, I hunted it out wherever I could, and that included catching shows like Night Flight and Friday Night Videos, hoping to catch something that was new and captured my attention. 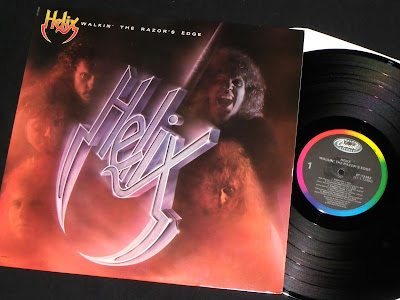 I remember catching the Rock You video from Helix on one of those shows, and immediately needed to hear more from the band, so ran out to buy Walkin' The Razor's Edge to add it to my very small cassette collection of Heavy Metal. 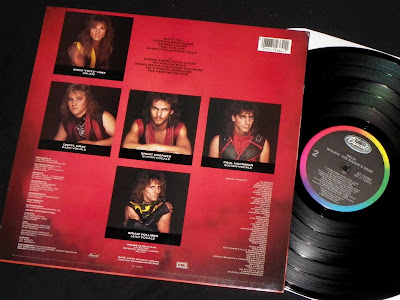 Back in '84, this album was huge for me, but after a couple of years, and digging deeper and deeper into harder and heavier music, I eventually just sent it to the trash bin. Thirty five years later, I've rediscovered this record, and I'm having a complete blast listening to it again.

When I found this copy of the record in the store, the price tag was a bit more than I had planned to spend for this one, but it was still sealed and I couldn't resist. Still blows my mind to find these older records unopened...and then I immediately rip the cellophane wrapper off and put the record on my turntable. 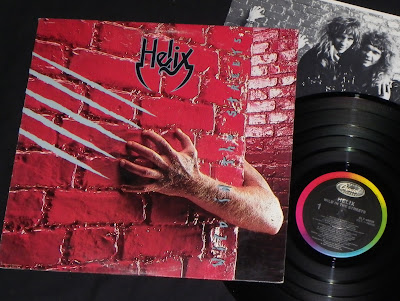 As I was digging through the used bins in the local record stores, I was hoping to walk away with a handful of old Helix records, but unfortunately, I only found one other one that was in the condition that I was willing to buy...Wild In The Streets from 1987. 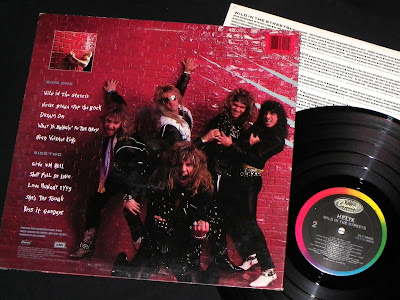 My memory is hazy on this one. I want to say that I bought this one on cassette as well...and if I did, it would have been the last Helix album I would have bought...but other than the terrible album cover, I really don't remember anything about this one. If I did buy it when it was released, it did not get much attention on my stereo...which is funny, because in 2019 I absolutely love this fucking record. Man, what a good time. This one is going to be getting daily spins for a while.