Serpico Is Not Dead

While I was picking up a few other records from a Discogs seller, I saw they had a Serpico 7 inch for sale that I'd never heard of before. I've got their two Equal Vision CDs from '95 and '96, and a couple other 7 inches, but I'd never heard of this I'm Not Dead record. I was in an adventurous mood, and with a $2 price tag, I figured that I'd grab it. 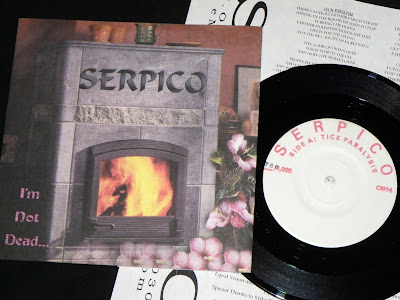 Even though I own the two Serpico CDs that were released from Equal Vision Records, I still haven't listened to them in around 15 years. No exaggeration. So I'm not sure why I felt the need to buy another Serpico record...just caught up in the moment, and looking for something new, I guess. 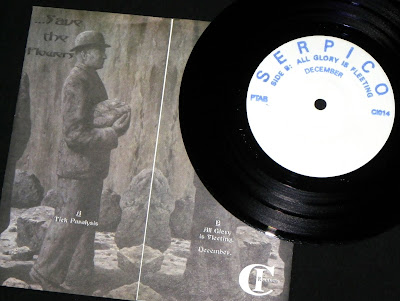 I'm Not Dead was released in '94, and definitely sounds of that time. Good enough to be enjoyable for a spin when you want to revisit that time period, but there isn't anything here to set it apart and above those bands that were doing it better at that time. Good stuff, but not too exciting. 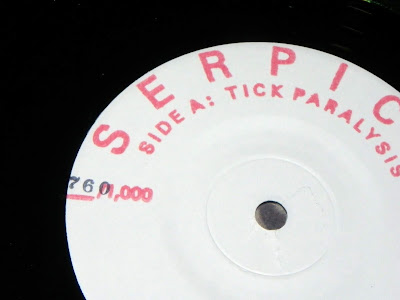 Numbered and limited to 1,000 pressed...which I guess explains why this record goes for so cheap these days. I can see the band sitting around in the late 90's with half of these still sitting in their basement and bummed out that they took the effort to actually hand stamp and number all 1,000 of these.