War To End All Wars

Back in 2016, I discovered Sabaton, and the band was huge for me that year. I downloaded a number of albums from their back catalog, and became obsessed with them...then when they released The Last Stand that year, it quickly became one of my favorite new metal releases. 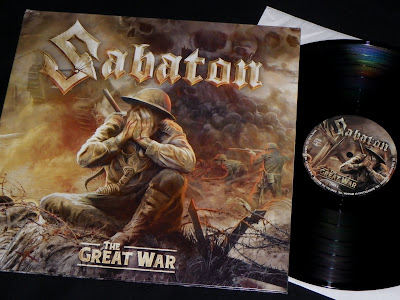 I still love Sabaton, but my obsession has cooled a bit over the years. Still, I was excited when I heard they were releasing a new album. I've been focused on different music this year, and because of that, I didn't rush out to get my hands on a copy as soon as it was released. I knew that I was going to pick one up sooner or later, and when I was placing an order with Nuclear Blast a couple months ago, I finally added The Great War to the cart. It was on a simple black vinyl, but honestly, I thought that it looked better than the eight different colored vinyl options. 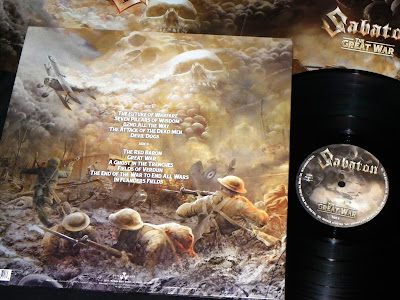 Sabaton records tend to be a slow burn for me. I seem to usually be less than impressed after the initial listen, but with repeat spins it grows on me more and more...so it was no surprise that some of The Great War fell a little flat for me. Some of these songs are killer, and I can see are going to get better as I get become more familiar with them, but there are a few clunkers on here that disrupt the flow. I don't know...maybe I'll get used to them as time goes on, but I know that I'll be skipping that Flanders Fields song forever.