I've spent a fair amount of my time this year revisiting some of the bands that I was listening to when I first starting discovering Heavy Metal in the early 80's. Back in those days, I was really into Krokus and Helix, but as I started to find heavier bands in Maiden and Priest, those two bands were quickly forgotten for the next 30+ years. It has been a blast to rediscover these bands this year, and while I've already picked up a few Krokus albums this year, as I headed into the used record stores in Portland recently, I wanted to cross a couple more off the list. 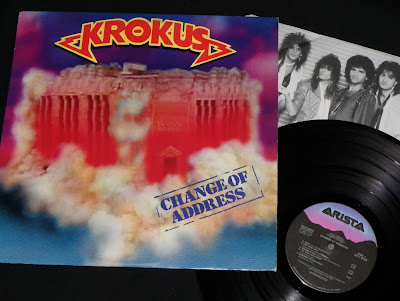 By the time Change Of Address came out in '86, the band was definitely feeling the pressure to keep up with the hair bands of the day. Dokken, Motley Crue and Ratt were fire at that time, and Krokus obviously wanted some of that action and started to follow that path. While I remember this album hitting the stores, and the video for School's Out...really though, Krokus seemed to love putting those 70's hard rock covers on their albums...still, the band was basically off my radar at this point, and I'm pretty sure that I ignored this one. 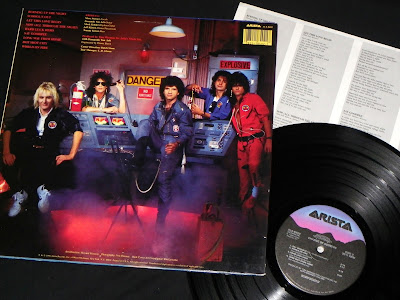 I've been obsessing over Krokus this year, so I was game to try anything, and when I saw Change Of Address in the used bins for $6, I didn't hesitate.

The album definitely isn't as strong as their earlier albums like Headhunter, One Vice At A Time and Hardware, but these songs are still cool to me. 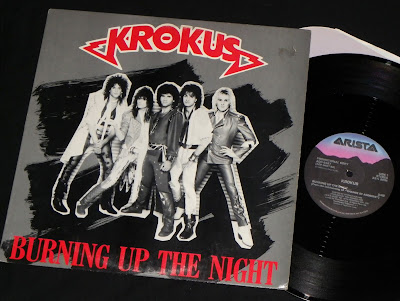 I was hoping to pick up some more late 80's Krokus albums, but came up short. Surprisingly, one of the stores in town had a couple of promo records for the band, and I quickly snatched them up to help feed the obsession. 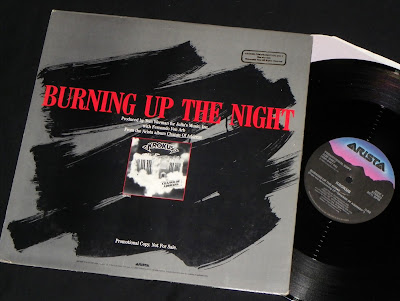 Promo singles don't offer anything new, and like this Burning Up The Night 12 inch, the same song is on both sides. That's fine though, I'm just looking to fill the collection, and I think the unique promo covers are cool to have. 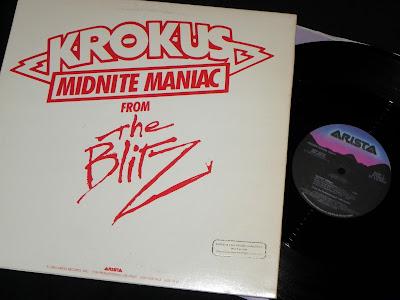 In addition to the Burning Up The Night promo, the store also had a copy of the Midnight Maniac promo from the Krokus album The Blitz. I love this song, and while the same art is used for the front and back cover, I'm still happy to own this.