I love my AC/DC collection. I've still got a long way to go, and there are still a number of big ticket items on my want list, but it still feels like I'm making big moves whenever I fill another hole. 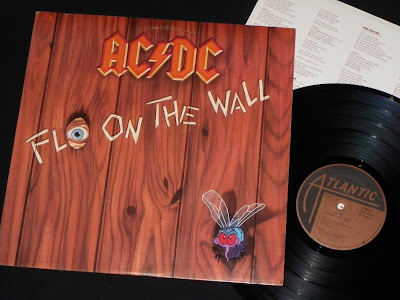 Back in '85, I was a hungry young metalhead. I had been digging into all the big bands, and discovering their back catalog over the past couple of years. Between my brother and I, we were able to attack those older albums from bands like Judas Priest, Iron Maiden and AC/DC...putting together a pretty good cassette collection between the two of us. None of those bands could do wrong in my eyes, and while most people were losing interest in the newer AC/DC records at that time, I was still madly in love. I don't think that Fly On The Wall received much attention, and there were certainly no hits from the album that the band carried in their live setlist beyond that '85/'86 tour...hell, I saw them on this tour and they only had three songs from the album in their set...but damn, I still loved everything about this album. 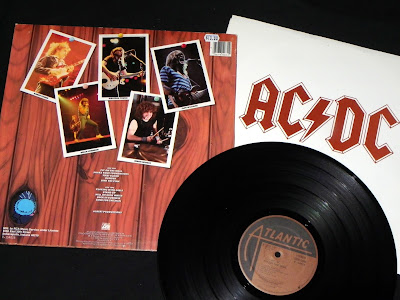 For the Bon Scott records, I need to get the Australian pressings....that era of AC/DC never fails to give me a thrill, so I've got to go big for it...and while I still love the Brian Johnson era, I'm content with the regular US version for those. When I discovered Fly On The Wall in the used bins at one of the local record stores, I was happy to scoop it up for ten bucks.