I was on a hardcore record shopping spree, and I was coming out of this with four records for $10. The last one that I grabbed from the Discogs seller was the first 7 inch from Thought Crusade. 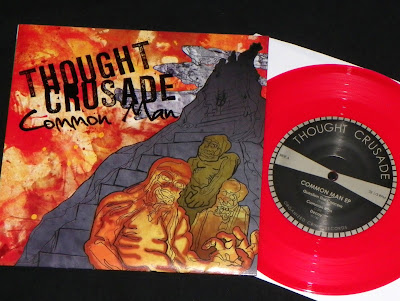 The Common Man record from Thought Crusade was released back in 2008...which is crazy, because it feels like it was just a few years ago that I was seeing them at the Triple B Showcase. Fuck. So much time has passed, and the memories of checking out all kinds of new hardcore bands back then makes me nostalgic to get out and catch a show. 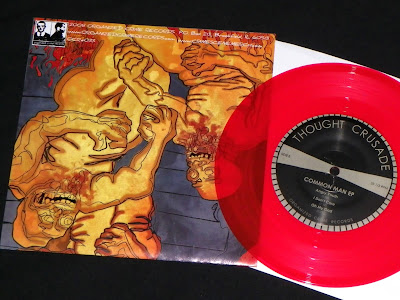 This band is terribly overlooked, and the $2 price tag is a testament to that. Strangely enough, this copy of the Common Man record on red is the only one that has been sold on Discogs.