This year I've really been drawn to a bunch of hair metal bands that I've previously never had any interest in. In addition, this obsession has pushed me to check out some albums from bands that followed the hair metal trend in the late 80's, and changed their sound to try and stay relevant. While I've loved the early Y&T albums, I always kind of drew a line in the sand at 1984's In Rock We Trust. The band had already started to change by that album, but it had always been my stopping point, however, obsessing over hair metal earlier this year, had me feeling a little adventurous, and I was ready to give those late 80's Y&T albums a chance. 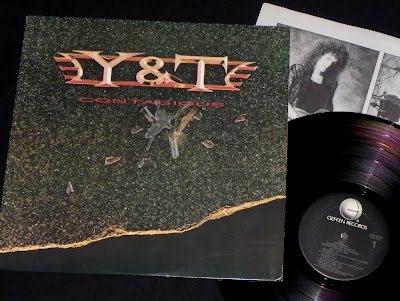 Earlier this year, I'd downloaded the songs from Y&T's 1987 album, Contagious, and I was having a good time giving it the occasional spin. It wasn't kicking my ass like some of the other surprises I'd uncovered this year, but since I'd seen the band live this past Spring, and a couple of Contagious songs were in the setlist, this was still a fun listen. 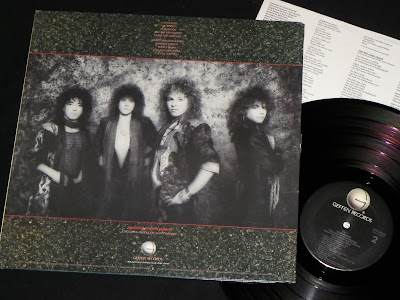 While this is by no means rare, I don't think that I'd ever stumbled upon this record in the used bins at the stores in town, so I was excited to see a copy while I was on a recent shopping trip.