Back in 2012, I was introduced to the Giant's Despair album from Gypsy. I really didn't expect much from it, but man, it really got to me. The more that I listened to it, the more I wanted to listen to it. In a year that had some of my favorite hardcore records post-2010, Gypsy still made a case to climb into my top 10 of the year.

At the time that the album was released, was released, I was still getting down with multiple pressings for my favorite new releases...except I made a conscious effort to not play that game with the Gypsy record. I bought one copy, and committed to stick with only buying that one. It took seven years to break that promise. 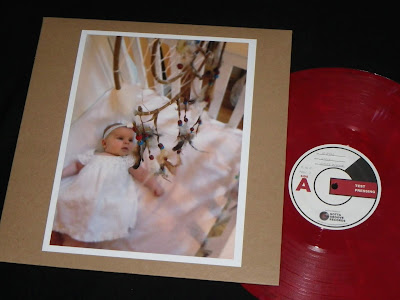 Given the dark pink colored vinyl, and the special cover, I've always been drawn to the test pressing for this record. I never expected to get the opportunity to get my hands on one at a fair price, but I'd always told myself that if I was going to buy additional copies of Giant's Despair, it was going to be the test pressing. Discogs had one for sale from the record label with a $130 price tag, and I wasn't going to get involved for that money. Fuck that.

Then back in September, Marcus gave me a heads up that there was a test pressing on eBay with a low starting bid. I had hopes that no one had this in their sights, and maybe I'd get the chance to pick it up at a reasonable price. 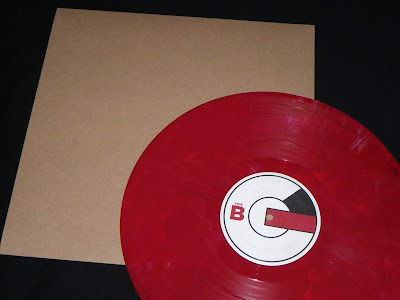 The tip paid off, and I was happy to scoop this up at a fraction of the Discogs price.

Limited to 16 for the test press.

Glad you picked this up, and I was able to help... although less happy about the fact that it sold for less than half of what I paid for it.