Come Out And Play

When I discovered Twisted Sister in 1984, they quickly became my favorite band. Stay Hungry had just come out, and it quickly became my soundtrack to teenage rebellion. I loved that band and their middle-finger attitude. By the time we were nearing the end of '85, I was starting to discover bands that were a little harder and heavier, and I was pushing aside those bands that initially turned me on to heavy metal. I no longer had time for Quiet Riot, Helix and Kick Axe, as Iron Maiden, Judas Priest and Dio were commanding most of my attention.

When I heard that Twisted Sister were going to be releasing a new album, I was interested to see what they would deliver. I tuned in to MTV to catch their newest video, and they served up a turd called Leader Of The Pack. I was horrified. How could these heavy metal heroes serve up a lame cover song that my parents liked from when they were in school? While I had a couple of friends that stuck by Twisted Sister, I felt betrayed and wanted nothing to do with them...and their follow up single of Be Chrool To Your Scuel, fell flat as well and was the final nail in the coffin. 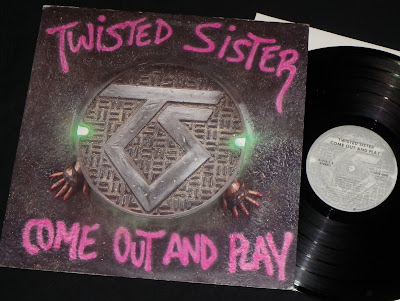 2019 was shaping up to be my year for hair metal, and I decided to give Come Out And Play a second chance. Listening to it now, it makes me wonder if things would have turned out differently if the band had released Lookin' Out For #1 or the title track as the single instead. If I ignore Leader Of The Pack, this album is a worthy follow up to Stay Hungry. 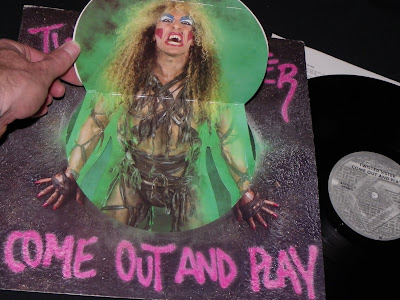 I obviously need a copy with the original pop up cover. 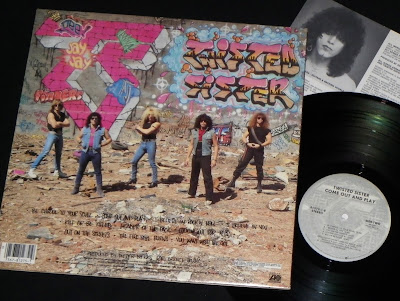 Shame that the band got so screwed on poor decisions back in '85, because if they had come out harder than they did, this album may have been huge for me at the time.