When digging through used record bins, my friend Jeff has a motto of, "For a dollar, I'll try almost anything". I had him in mind when I came across a couple of used Mountain records at the record store the other day. 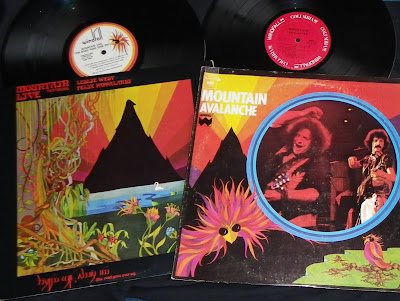 I was deep into some early 70's playlists last year, and I spent a fair amount of time with the first two Mountain records...and even picked up both of them on vinyl. I'd been under the impression that things kind of unravel shortly after those first couple of releases, so I've never bothered with anything after Nantucket Sleighride. Seeing their live album and 1974's Avalanche in the used bin...each with a one dollar price tag, I threw caution to the wind, and decided to live dangerously by purchasing a couple of records that I wasn't familiar with. Must be part of my mid-life crisis.

While Avalanche was the kind of lackluster affair that I'd heard about, the live album kind of surprised me. Granted it was the 70's, so like most Rock bands from that time, they had to take the 6 minute song of Nantucket Sleighride and drag it out for seventeen and half minutes, filling an entire side of the record. It's all good though, because they pull off the jam very well. 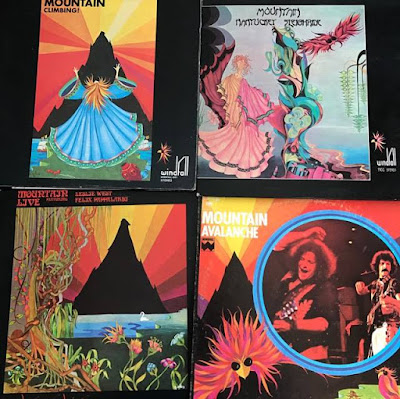 I like how all the covers kind of fit the same theme, and they all look great together.