I Am The Hammer

I hate it when the end of the year rolls around and one of my favorite albums still hasn't been released on vinyl. Such was the case with Eternal Champion's new album, The Armor Of Ire. While I was able to sneak a digital download back in September of 2016, it wasn't until early 2017 that we finally saw the vinyl. These kinds of delays just fuck with my end of year record photos. Unacceptable. 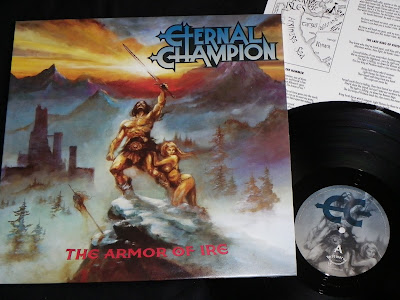 Eternal Champion debuted their first two songs back in 2013, then followed it up with one more song on their split with Gatekeeper in 2015. Three songs were not enough, and with great impatience, I couldn't wait for the band to finally get back to studio to give us a proper full length. When the news came that they were back in the studio, and expected to release their album in 2016, it became, easily, one of my most anticipated records for the year. 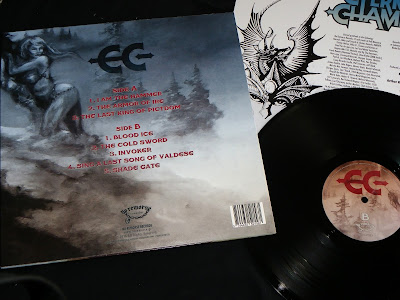 The band certainly delivers, and The Armor Of Ire became one of my favorite Metal records of the year. When I discovered that the vinyl was finally available for pre-order, I hopped over to No Remorse to place my order. Much to my surprise, the red vinyl that was limited to 100 had already sold out. I was confused. How had I missed the limited red vinyl? It felt like the early React! preorders, when shit would sell out if you weren't there and ready to roll as soon as it became available. Apparently there was a larger desire for this record than I had anticipated. I ended up missing out, and had to settle for the black vinyl. Limited to 400.

Damn I didn't even know this album existed. Just ordered a copy without even listening to it. That's a neat surprise.