When Ghost released their Popestar EP, I had every intention of ignoring the damn thing. While I love Ghost, I really struggle with their cover songs. I mean, it was fun when the band was new and they were recording the odd cover from The Beatles or ABBA, but their 2013 covers EP felt like they were jumping the shark, and it soured me on the band a little bit. 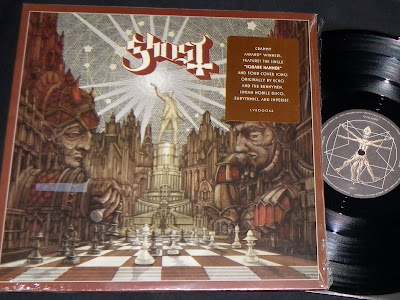 When I heard that Ghost had another EP that was mostly covers, I wanted nothing to do with a second serving of bullshit. When it was announced that Ghost was going to be opening for Iron Maiden for their US tour this summer, and I got my tickets, I decided to give those Ghost albums a spin again. I was reminded how great those records are, and in my excitement, I decided to check out their Popestar EP as well...not for the cover songs, but for the one original track that was included...Square Hammer. 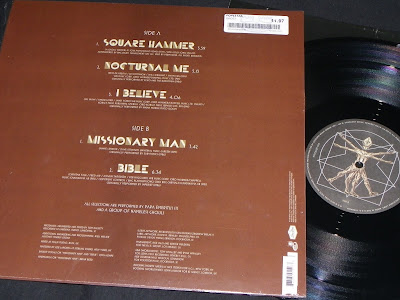 Too be honest, Square Hammer is pretty much the only song that I listen to from this record. It is a great song, and while the covers aren't terrible, they don't have the same impact as Ghost's original songs.