When it comes to Metal, I'm a sucker for the older bands that are still out there thrashing. When those bands from my angry teen years, step up with a new album, I'll throw on the denim and spikes, and look forward to it's release with eager anticipation. I'm a nostalgic old fool, but as long as they bring the energy, I'll keep buying the records. 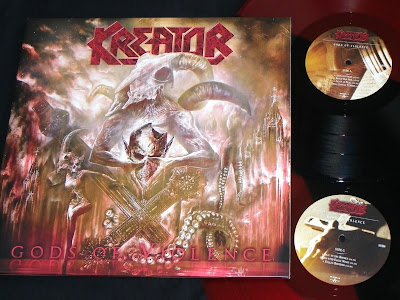 Kreator album covers are typically bad ass, and with Gods Of Violence, they do not disappoint. Horns, skulls, upside down crosses...the perfect ingredients for some killer cover art. Sure it is a little reminiscent, of South Of Heaven, but it's all good. 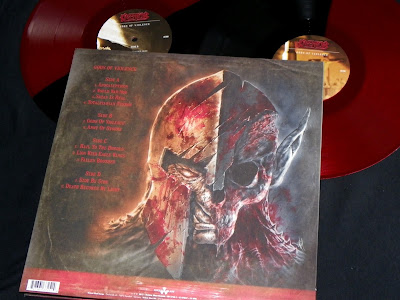 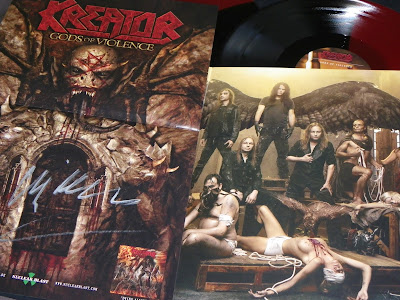 While their last album, Phantom Antichrist, took some time to grow on me, this new one immediately set its hooks. Great stuff.

500 copies pressed on red and black split colored vinyl. I was surprised to find my copy arrive with an autographed poster.