If It Ain't Stiff, It Ain't Worth A Damn

Last year, I got myself hooked on '77 punk. I spent a lot of time in those late 70's years, spinning old, well known classics, and discovering a number of bands that I'd never bothered with until I found myself neck deep in this obsession. The Clash, Sex Pistols, The Adverts, UK Subs, Heartbreakers, The Saints...and of course, The Damned. 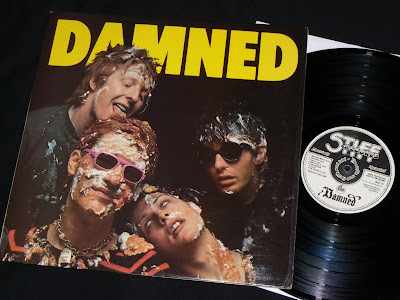 I lusted after a UK pressing on Stiff Records for the debut from the Damned most of the year, but I was playing it cautious. Playing the waiting game, and holding out for the best condition at the best price left me empty handed and frustrated.

As I started checking off a couple of boxes on my Top 10 Wants Of 2017 list, I felt energized to make another run at Damned Damned Damned. This time, I was determined to get one at any cost. 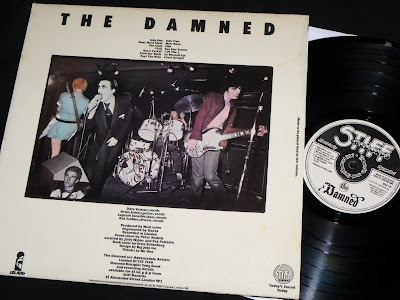 Considering that I never really paid them too much attention until last year, I fucking love this band. I'm only familiar with their first three records, but god damn, those are flawless. Might be time to venture outside my comfort zone, and check out their Black Album soon.