I kind of lost interest with Give after the release of their first full length, Electric Flower Circus. I loved each of their early 7 inches, but across a full album, it couldn't hold my attention. At the time of it's release, I kind of chalked it up to the fact that all I was really in the mood for was Metal. Anything outside of that had to knock my fucking socks off to get me to pay attention. Give didn't even ripple the water at the time, and I promptly ignored them. 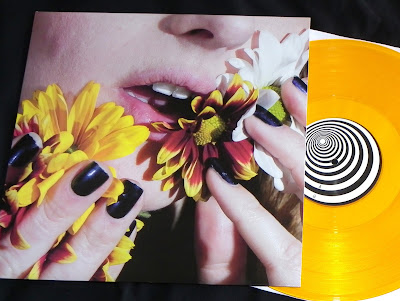 Hey, that album was release back in 2014, and seems like it was light years ago. After a steady diet of mid 90's Hardcore for the past six months, when Give recently posted a new video for their song Beyond The Gun, I figured it was a good time to see what the band was up to. 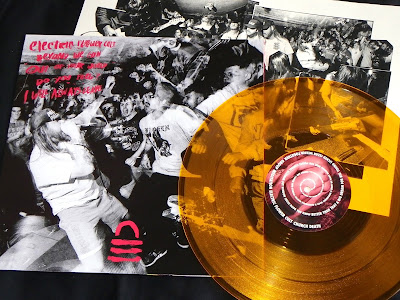 Turns out that the band hasn't been up to anything new, as the five songs on this new Electric Flower Cult EP are from the same session that gave us the Electric Flower Circus album and Sonic Bloom EP. I guess that while the band didn't feel they were good enough to make the cut of either of those releases, they still deserved to be pressed on wax.

Even though these songs aren't knocking me on my ass, for some reason I'm enjoying this Cult record more than the Circus one. I think I just handle Give better in smaller doses, and 5 songs is easier for me to digest than 13.