Made To Order Targets

Last year I was introduced to Moving Targets. They were from the Boston area, and released a few albums with TAANG! in the late 80's/early 90's...yet somehow I'd never heard them. On a whim I checked out their Burning In Water album from '86, and then proceeded to play the ever-living shit out of that record. It was, by far, the most played album for me last year. I could not get enough of it. 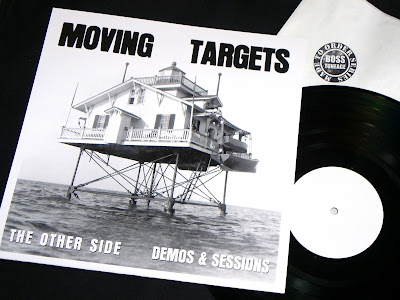 I'm not familiar with the Boss Tunage label, but as soon as I heard they were looking to do a special pressing of early unreleased demo recordings and radio sessions from Moving Targets, I was sold. The concept for the release is cool as hell. It is a part of their Made To Order series, and it works just as it sounds. The label takes pre-orders for the record, and then they only press enough vinyl to cover that order. No other pressings will exist. It isn't available in stores or distros...the vinyl is made to order for this pre-order only. If the label can't generate at least 30 orders, the whole thing is scraped. I'm not sure how many were actually pressed, but I was pretty siked when it showed up on my doorstep. 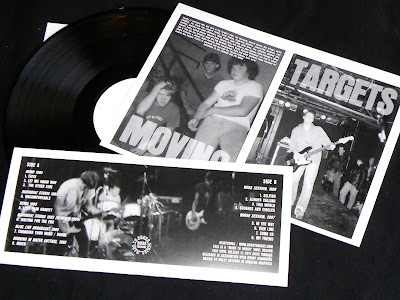 This is a cool piece of history to own for the band, and there are a few songs that don't appear anywhere else. Pretty goddamn sweet.