Absolution are a classic example of late 80's Hardcore. Come out hot, throw a hell of a punch, and then vanish. No need to overstay your welcome. One 7 inch, a couple of comp tracks...and then leave 'em wanting more.

Seems as though no band can stay away forever. 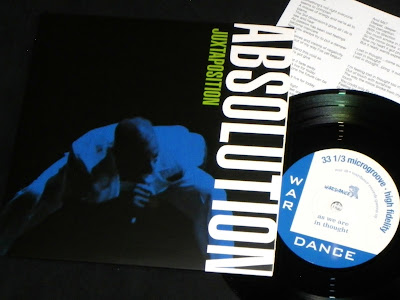 A few weeks ago, I start seeing photos pop up on social media of some Absolution record cover that I've never seen before. I wasn't sure what it was, but it certainly had me interested. I did a little research and discovered that apparently the band had recorded a few songs back in 2011, and they were finally being pressed to wax now. The question was, could the band still deliver? 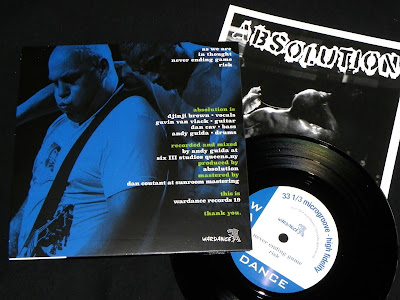 I always approach these things with a heavy dose of skepticism, but damn, I enjoy being proven wrong. These four songs are great. It is being billed as "three new tracks, and one re-recorded classic", but I believe that two of those songs were on the band's '87 demo...so while I wouldn't necessarily call them "new", it is still great to have them recorded with some better production, because this whole thing sounds great.