Last year, when Ron Brotherhood commented on my post for the No Tolerance 7 inch, he hinted that big things were coming in 2014. 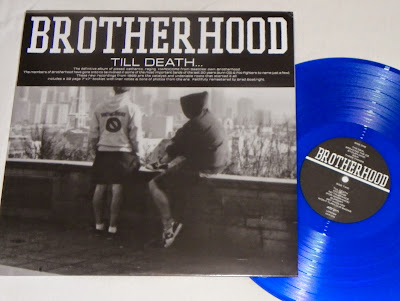 Here we are, and Southern Lord follows up on the hype of their Bl'ast reissues with this one for Brotherhood. According to the Double Cross interview with Greg Anderson, the guy was never that thrilled with the Crucial Response release, so when the opportunity came to release that Brotherhood material on his own label, he ran with it. 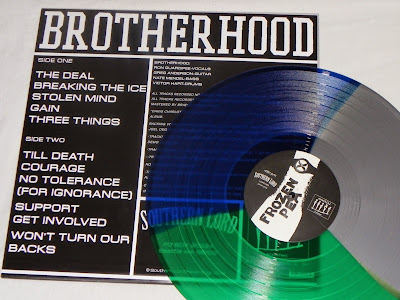 My Brotherhood collection is rather weak, so I didn't hesitate to take this opportunity to beef it up, and I ordered every piece of colored vinyl that I could get my hands on. 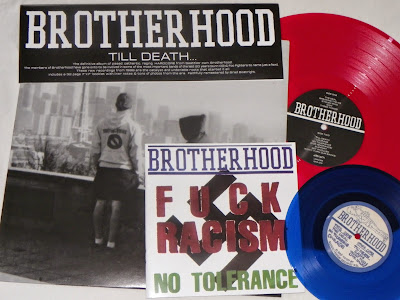 There were two different options for the LP with a bonus No Tolerance 7 inch. One with the red vinyl LP and a blue vinyl 7 inch... 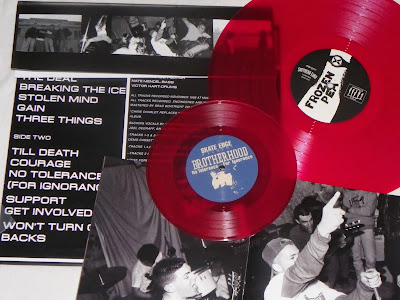 Honestly, two different red vinyl LP options felt a little...ahem...overkill. I could see maybe doing a couple different options, but you've got to change up the LP color at least. My only other complaint on this whole package is the 7 inch style booklet. The lyrics and photos are cool, but seriously, I couldn't have given a shit about Nate Mendel's essay. Christ, I didn't even know what he was trying to say. Go play with the Foo Fighters and drink your "animal beer"...pffft...not interested. I would have preferred to have something from Ron, or even Greg. 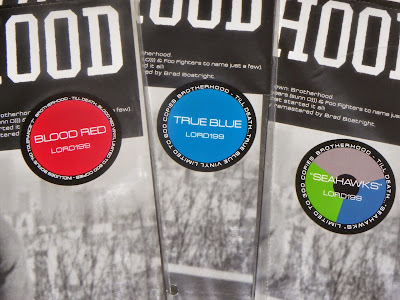 Nice touch from Southern Lord with the stickers. 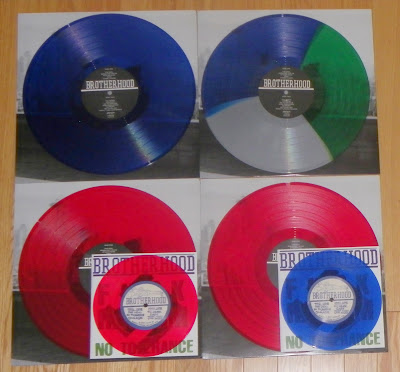 So, I thought that I had all the pressings until someone reminded me that I never bought the black vinyl of this. Damn. All this, and it is still incomplete.