Has it really been three years since Not Afraid released their debut 7 inch? Still stinging from the True Colors break up, Not Afraid stepped in and filled that hole without missing a beat. I remember being out of town when Back To Back put up the preorders for that first record, and feeling the kick in the gut as I ended up missing out on the limited pressings. With the release of the full length LP, I wasn't going down that same road. As soon as preorders went up, I was all up in the internet, making sure that I got all of the available pressings. 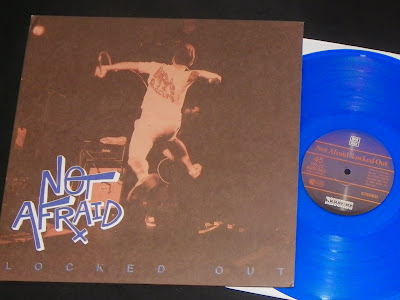 Locked Out is a split label release, with the dudes over at Powered taking care of things overseas. 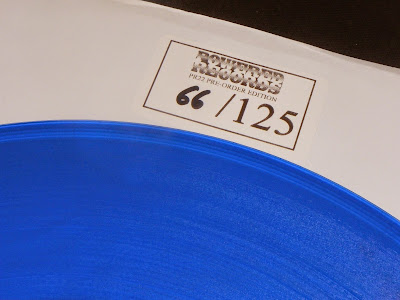 250 pressed on blue vinyl that was exclusive to Powered. Half of them were hand numbered with the Powered preorder sticker. 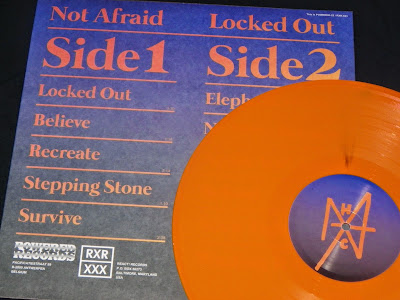 Over here in the States, Ev and the React! crew take care of the North American pressing. Orange colored vinyl is exclusive to React!, and is limited to 250. 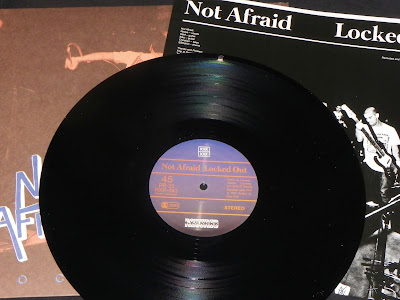 I was really looking forward to this album, and while it is still a solid release, I'm left feeling a bit underwhelmed. I think a major reason for this is that it sounds like it was recorded in a cave...everything feels claustrophobic and muddy. Where are the guitars? It is too bad because the songs are there, and can stand up next to their excellent debut, but I just wish that it didn't sound like I had cotton in my ears whenever I listen to it. Maybe I just need a few more spins to grow accustomed to that production.